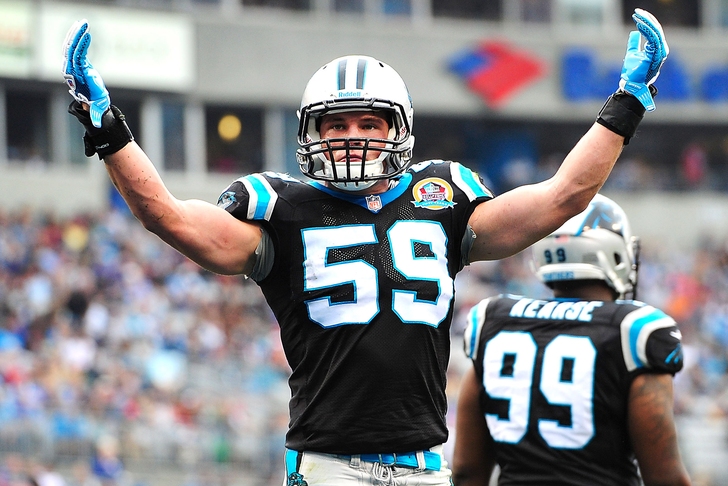 In a must-win game against the Cleveland Browns, the Panthers did enough to scrape out a win with a 17-13 victory.

On 3rd and 5 with 1:47 remaining, Panthers RB Jonathan Stewart found the gap and burst into space for a 30-yard gain. The first down meant the Browns wouldn't get the ball back, effectively icing the game for Carolina.

Stewart was immense today and LB Luke Kuechly deserves credit for another big game on the defensive side of the ball, but we have to give the nod to QB Cam Newton. Less than two weeks after a major car accident that left Newton with fractures in his back, the Panthers QB threw for 201 yards and a touchdown while rushing for another 63 yards and a score. While he threw an interception today, Newton's contribution can't be understated.

Browns QB Johnny Manziel wasn't on the field for long enough to make an impression - he left with a hamstring injury after throwing just eight passes. Brian Hoyer came in to relieve him, with Manziel's status for next week still unknown.

Carolina absolutely dominated the time of possession, holding the ball for 38:03 to Cleveland's 21:57.

The Panthers play the Falcons next week with playoff hopes on the line for both teams. Cleveland, which was eliminated from the playoff hunt last week, will play for nothing but pride against Baltimore next Sunday.