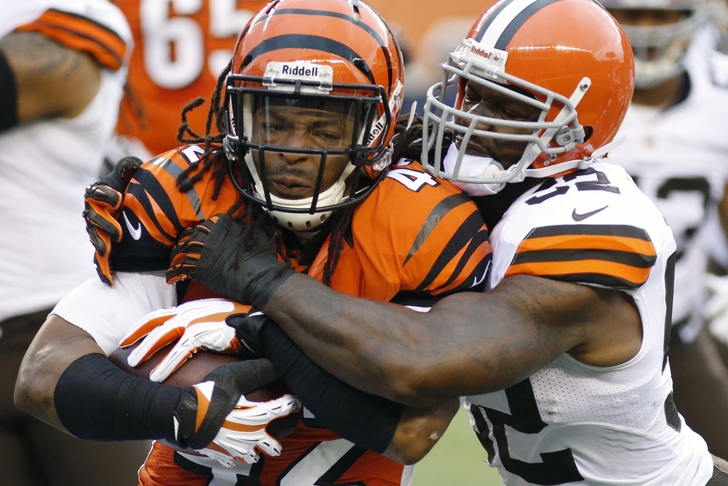 Manziel was intercepted twice and sacked three times as the Bengals beat the Browns 30-0 in Cleveland. Despite a rough outing for Bengals QB Andy Dalton, Cincinnati's backfield once again made the difference, racking up 244 yards on the ground.

The Bengals effectively put this game away early in the second quarter, and they quickly pushed a 10-0 lead to 20-0 with two fast scores. The Browns weren't able to put together a response, and Cincinnati's defense saw things out from there.

RB Jeremy Hill continues to impress in Cincinnati's backfield, and he had himself another big day despite Cincy's struggles in the passing game. Hill finished with 148 yards and two touchdowns on 25 carries.

Cleveland finished the game with just 107 yards of total offense, their lowest total of the season so far.

We have to imagine Manziel will get more time to put it all together, and it would be a major surprise if he doesn't start Cleveland's next game in Carolina. The Browns have lost three straight now, and have dropped four of their last five after a 6-3 start.

The Bengals are now 9-4-1, and will face a tough test next week when Peyton Manning and the Broncos come to town for a Monday Night Football showdown.