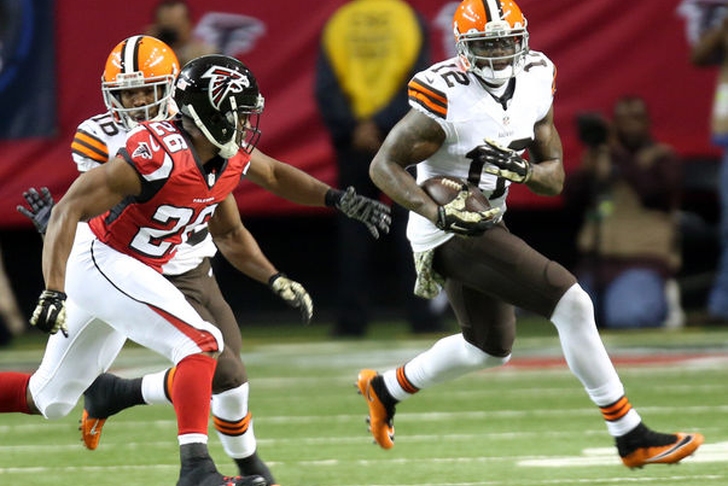 Atlanta and Cleveland went back and forth in the first half, but the Falcons managed to take a slim 14-13 lead into the break.

The Browns took over in the third quarter and took a 23-14 lead, but were forced to kick a field goal as time expired to grab the win.

After the Falcons kicked what looked like the game-winning field goal with 44 seconds left in the game, Cleveland quarterback Brian Hoyer led a drive all the down the field to set up a game-winer for Browns K Billy Cundiff.

Cleveland held Atlanta to just 63 yards rushing on the day, forcing their offense to become one-dimensional. The Falcons were unable to control the game because of that, which allowed the Browns to come back and get the win.

Running back Isaiah Crowell had a great game for the Browns, rushing for 88 yards and two touchdowns on just 12 carries.

Quarterback Matt Ryan seemed to break out of his slump in this game, completing 27/43 passes for 273 yards and two touchdowns.

Cleveland will travel to Buffalo to take on the Bills next weekend, while Atlanta will host Arizona.