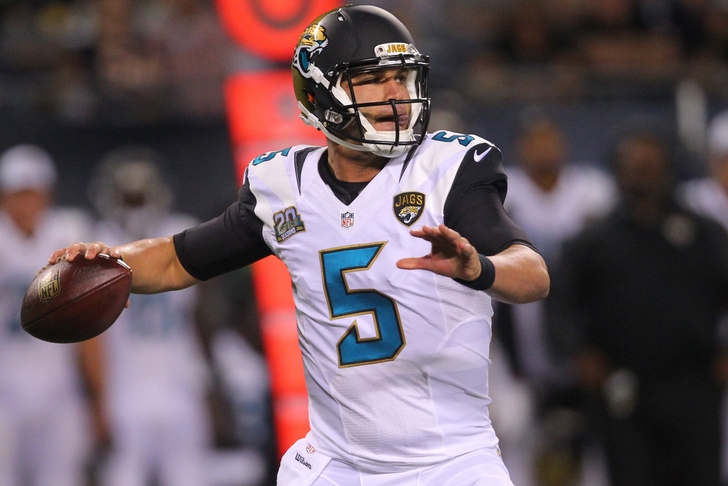 This looked like a mismatch on paper - the Jaguars came into this game winless while the Browns were fresh off of a blowout victory over the Steelers - but things aren't always as they seem in the NFL.

Both quarterbacks struggled mightily in this game (three picks for Jacksonville's Blake Bortles, 39% completion percentage for Cleveland's Brian Hoyer), and the result as a 10-6 Jacksonville lead going into the fourth quarter. It stayed that way until late in the quarter when the Jaguars capitalized on two late turnovers to score two touchdowns and put the game out of reach.

The game was still in the balance at 10-6 late in the fourth quarter, but the Browns fumbled a punt deep in their own territory that Jacksonville recovered. Running back Denard Robinson scored on the next play, giving the Jaguars an insurmountable lead.

Cleveland's rushing attack was non-existent in this game, which is something their offense heavily relies on. They only got 69 yards on the ground, and Hoyer wasn't able to move the ball effectively through the air, which is why they were held to just six points.

The Browns offense was terrible, but the defense stepped up and kept the Browns in the game. They forced three turnovers and gave Cleveland's offense every opportunity, but they just couldn't move the ball and score points.

Denard Robinson had the kind of game that the Jaguars have been waiting to see since the drafter the former Michigan QB. Now a running back, Robinson ran 22 times for 127 and one touchdown.

Cleveland will face their second winless team in a row next weekend when the Raiders come to town, while the Jaguars face in-state rival Miami.