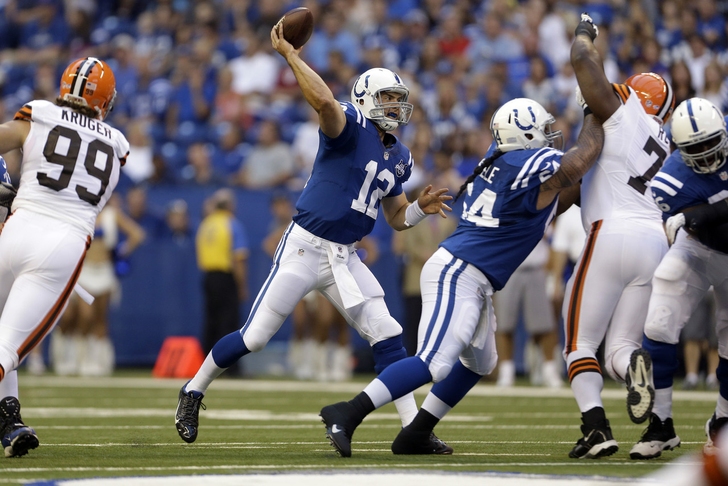 The Browns were up 21-7 shortly after halftime, but Andrew Luck eventually found his footing and led the Colts to a win with his 9th career 4th-quarter comeback.

Here's how Cleveland's four drives in the fourth quarter ended:

This game didn't have a turning point as much as it had a slow, inevitable conclusion. Cleveland just couldn't get anything going on offense when it mattered most, and Andrew Luck made them pay.

Andrew Luck led the comeback, but we have to give it to WR T.Y. Hilton. Hilton caught both of his touchdown passes in the second half, and he was able to exploit gaps in coverage for several big gains.

Cleveland's defense outscored Cleveland's offense today 14-10. That can't help Brian Hoyer much as he tries to keep his starting job from falling to Johnny Manziel.

The 9-4 Colts will host the Texans as they try to improve their playoff positioning, and the Browns face a tough decision at quarterback as they prepare for a crucial home game against in-state rivals Cincinnati.