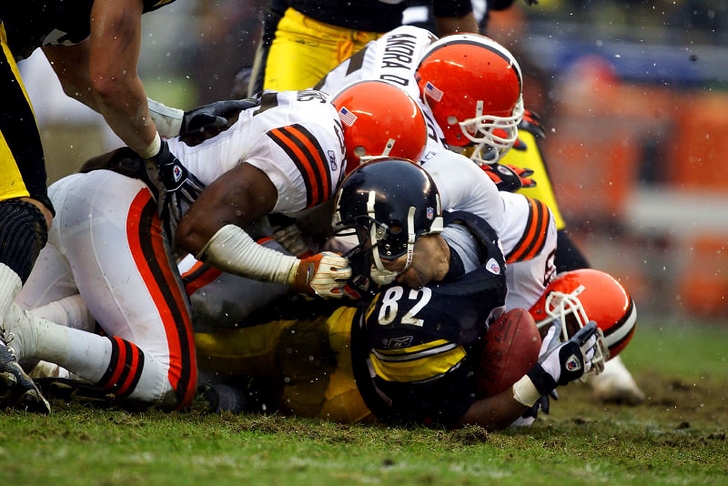 Browns fans were cautiously optimistic heading into this divisional showdown with the Steelers, but even the most die-hard fans in the Dawg Pound couldn't have seen this coming.

Pittsburgh's offense was held scoreless from 5:09 in the first quarter until the 2:36 mark in the fourth, and the Browns put together arguably their most comprehensive victory in over a decade.

Turning Point: This had the makings of a low-scoring brawl until early in the second quarter, when the Browns scored 14 points in under four minutes to blow the game open. Miles Austin, Hoyer and Ben Tate all came up with big plays during the two TD drives, which took only eight plays in total.

Key Stat: 0/3 vs 3/3 - The Steelers failed to convert in three red zone attempts, while the Browns converted on all three of their chances.

Browns MVP: Jordan Cameron and Brian Hoyer deserve props, but this one goes to LB Karlos Dansby. The veteran out of Auburn was everywhere today, racking up

On The Hot Seat: Steelers OC Todd Haley. We know what kind of weapons this offense has - from Antonio Brown to Big Ben to the up-and-coming backfield tandem of Le'Veon Bell and LeGarrette Blount, there's just too much talent here to come up empty.

What’s Next? The Steelers will try to shake this off quickly before hosting J.J. Watt and the Texans on Monday Night Football, while the Browns enter a soft stretch of their schedule that includes the Jaguars, Raiders, and Bucs in consecutive weeks.