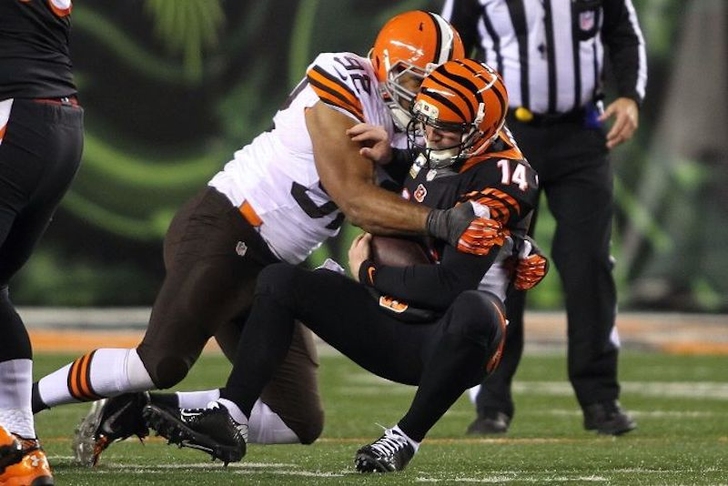 This game was for a share of first place in the crowded AFC North, and it was obvious throughout the night who deserved it.

The Cleveland Browns dominated the Cincinnati Bengals in all phases of the game for all 60 minutes and won this game easily.

Turning Point: The Bengals looked like they were starting to gain some offensive momentum on their first drive of the second half, but it was quickly halted thanks to two straight sacks from Desmond Bryant. The Browns promptly went down and scored a touchdown on the ensuing drive, pushing their lead to 24-3 and putting the game out of reach.

Cincinnati MVP: Cincy's defense was physically dominated by Cleveland, and their offense couldn't get anything going. One bright spot was the play of Jeremy Hill, who ran for 55 yards on 12 carries filling in for the injured Giovani Bernard.

What’s Next? The Browns will face a struggling Houston team in Texans QB Ryan Mallett's first start, while the Bengals will try and get things turned around in New Orleans.