I Still Want the Browns To Win in "Meaningless" Steelers Game. Because I am A Browns Fan. 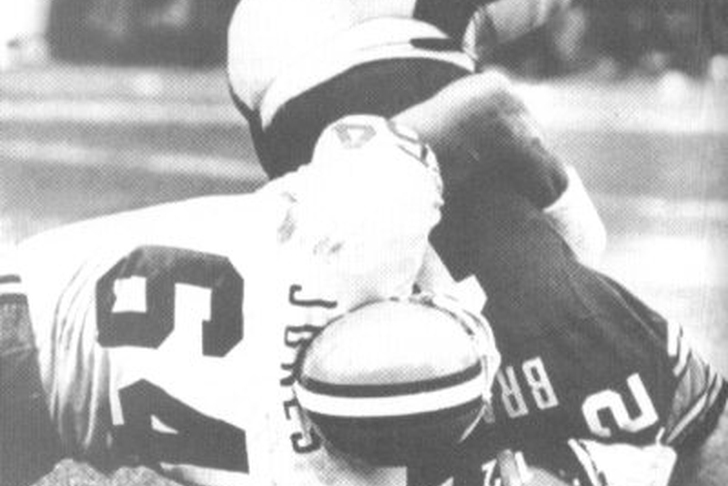 The Browns have nothing on the line today against the Steelers other than the joy of beating Pittsburgh. That should be more than enough to play for. I know there has been a lot of talk amongst Browns fans about wanting to lose this game in order to obtain a higher draft pick, to which I say–go root for Pittsburgh.

How far have we fallen that it is now acceptable to root against the Browns when they are playing THE STEELERS? Unless losing the game somehow guaranteed the Browns winning 5 straight Super Bowls, I’m not going to hope for a loss. It’s not like 2 or 3 slots in the draft order will make a huge difference, they have blown draft picks both low and high over the years.

A lot has been made about the fact that the Browns/Steelers rivalry isn’t what it used to be. On the field that might be true, but I bet that if you live in Cleveland you know an obnoxious Steelers fan who made them their favorite team about 5 years ago. Or maybe you are going to the game today and will see tons of terrible towels, about 10 times as many as you saw in Cleveland prior to their recent run of success.

At best, you merely have to interact with a friend/family member/ or co-worker who will remind you all year how great the “Stillers” are, as if being unable to speak the English language properly is a badge of honor. The rivalry is not dead among fans, and let’s be honest, the fans will always care more than the players.

To be truthful, I did consider pulling for a loss this week. Last year the Browns lost out on two great players because they were drafting a slot or two too low. But you can’t call yourself a Browns fan if you seriously want to see them lose against the Steelers, no matter the stakes. So bring what ever rationale you need (Browns could prevent Pitt from winning the division, lose a bye week, lose home field advantage), or just remember how much better it will make the next 9 months of your life.

Because if you aren’t rooting for the Browns today, you are rooting against them. If you can’t bring yourself to cheer for the Browns against the Steelers on any given day regardless of the records of the two teams, you are no better than the newfound Pittsburgh fan that lives down the street from you who knows nothing about football (especially nothing beyond the past 10 years).

So remember that today if you aren’t a Browns fan, you are a Steelers fan– and they will gladly take you. They could use someone who can read and write.