Grades And Analysis Of The Cleveland Browns' Entire 2015 NFL Draft 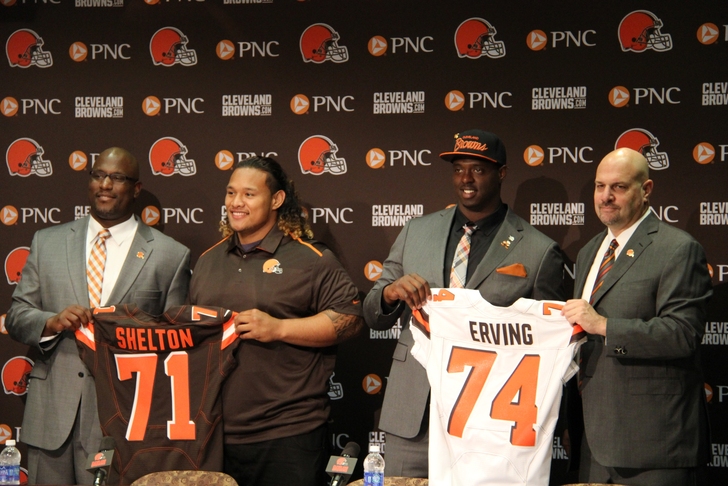 (All player grades based on spot selected, need, etc.)

Here’s the best part of Cleveland’s draft — they hoarded picks instead of pawning them off for a quick fix, bringing home a very balanced cache of 12 prospects. Washington nose tackle Danny Shelton and FSU offensive tackle Cameron Erving may be considered “safe” selections, but this was an altogether smartly played draft for a franchise in need of stability up and down the roster. Also, keep an eye on Ekpre-Olamu as a 7th-round flyer if his knee heals up right from a brutal injury during the College Football Playoff.