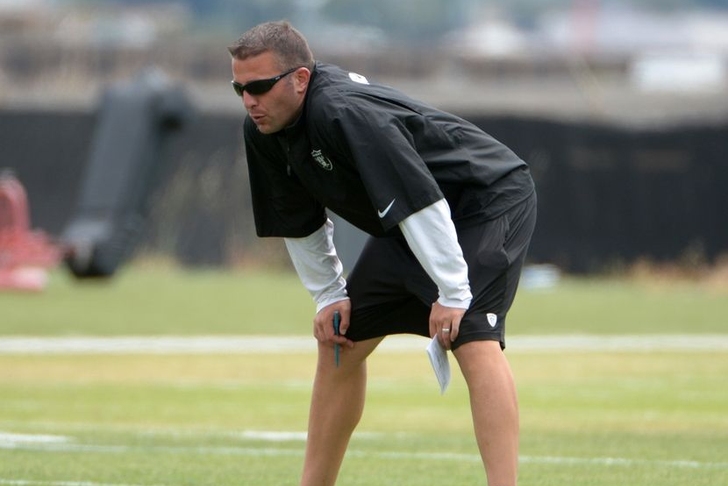 With Kyle Shanahan out, the Cleveland Browns are set to introduce their sixth offensive coordinator in six years - a man named John DeFilippo. Who is John DeFilippo? Let's take a look...

An Ohio native, DeFilippo played quarterback for James Madison University. He led his team to one of four conference titles in program history, starting all four years, but always had his eyes set on the NFL.

After taking internships with the Panthers and the Colts as a college student, DeFilippo took a job at Fordham University as a quarterbacks coach in 2000. There, he caught the eye of Notre Dame, and spent two years as a graduate assistant for the Irish before Columbia offered him his first job as a full position coach.

After two seasons as Columbia's quarterbacks coach, the NFL came calling - in 2005, DeFilippo took a quality control job with the nearby New York Giants. The Raiders offered him a job as their quarterbacks coach in 2007, and while DeFilippo left for brief stops with the Jets and San Jose State, he returned in 2012 and has been with the Raiders since.

While his resume might not jump off the page, DeFilippo could very well be a diamond in the rough. In Oakland, DeFilippo is widely credited for turning Terrelle Pryor into a serviceable starter in 2012, and officials with the franchise and around the league were stunned at how much he was able to help rookie QB Derek Carr this past season. Even as far back as 2013, there were rumblings that DeFilippo could be a future coordinator in Oakland.

Without a doubt, DeFilippo's connection with quarterbacks played a major role in his hiring. The Browns aren't willing to give up on Johnny Manziel just yet, and if anyone can turn him around, it's the guy who made Terrelle Pryor look like something worth getting excited about.

With a brash, barely-tested young quarterback and a host of question marks around him, DeFilippo has his work cut out for him this season.  The players and the fans will be hoping that he makes the right moves...and becomes the first Browns OC to stick around for a while.