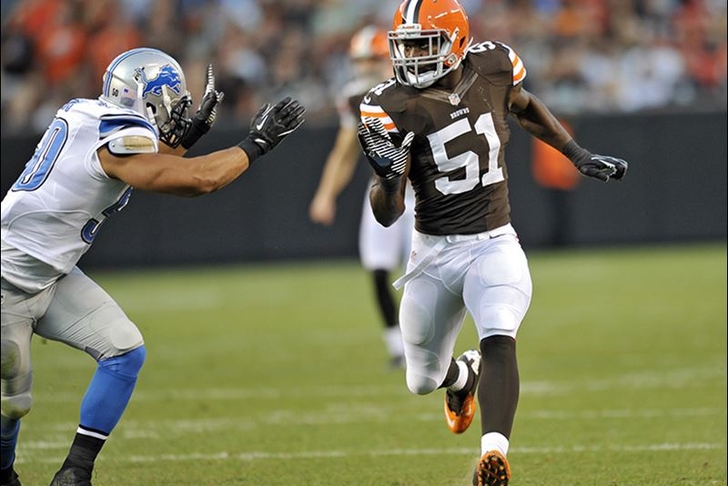 In week 6 the Browns get the Detroit Lions at First Energy Stadium in Cleveland. Detroit is coming off a 22-9 loss against the Green Bay Packers. Detroit is 3-2 on the season.

Matthew Stafford is a former #1 pick for Detroit in 2009 out of the University of Georgia. Despite a few shaky years, his 2011 breakout season proved he was worth the pick. Despite regressing in 2012, he’s back to 2011 form this year. Stafford this season already has thrown 8 touchdown passes as opposed to only 3 interceptions. His accuracy-he has a 64% completion percentage-is also above his career average of 60%. Stafford also has one of the best offensive weapons in the league, in Calvin Johnson. Last week without Johnson or Nate Burleson, Stafford was forced to throw over 40 times as Green Bay stuffed the box and stopped the run knowing Detroit didn’t have down field targets.

Brandon Weeden lost his starting job to Brian Hoyer after going down with a wrist injury in week 2. Weeden, a first round pick just a year ago, quickly fell out of favor with new Head Coach Rob Chudzinski. Weeden has produced more groans out of Cleveland fans than cheers. Although playing well on Thursday night against Buffalo, coming in relief of the injured Hoyer, he still produced some shaky moments for Cleveland fans with targets downfield that seemed to be aimed towards the Rock & Roll Hall of Fame, located across the street.

EDGE: Detroit, by a country mile.

Detroit’s Reggie Bush has had a stellar 2013 campaign thus far. Bush, does have slight injury issues. He already has missed a game this season, a week 3 squeaker in Washington where the Lions won 27-20. But when Bush is healthy, his numbers are terrific. In the two games for which he’s been 100%, matchups against Minnesota and Chicago, he’s produced over 150 all purpose yards each game. Detroit also has power back Joique Bell. Bell is a decent runner between the tackles and has been known to move the pile.

Cleveland has switched to a running back by committee system with no specific feature back, although Willis McGahee did receive the bulk of the carries on Thursday night against Buffalo. The Cleveland rushing attack does exactly what you need it to do. This season Cleveland backs (including 2 weeks of Trent Richardson) have averaged just under 80 yards a game. They help the Browns manage the clock, and not much else.

Detroit brings forth arguably the most valuable non-quarterback position player in the league right now in Calvin Johnson. Everyone knows what Megatron is capable of doing, especially against mismatched corners. He demands a double team on literally every snap and if you don’t double team him, the Lions will audible and send him over the top. But that’s pretty much the only downfield weapon Detroit has. Nate Burleson wouldn’t find the field for most NFL teams. Burleson has only been targeted 23 times this season, Johnson on the other hand already has 40.

Cleveland’s downfield threat, Josh Gordon, is showing why the Browns used a 2nd round supplemental pick on him a year ago. Gordon is producing at a level you expect a #1 receiver. Across from Gordon is Greg Little. Little last year was known for his bricks for hands, this year is known for an inability to run simple routes. Little never seems to be in the right place for his quarterback and has struggled to find targets all season, managing just 37 targets despite playing in all 5 weeks. Davone Bess has also turned into a nice slot receiver for Cleveland, but he is allergic to the end zone. Even on red zone plays, Bess always seems to come up just short of the goal line.

Detroit uses their tight ends mostly for blocking. Tony Scheffler and Brandon Pettigrew have combined for only 23 receptions on the season. Pettigrew is a big body in the middle of the field, but doesn’t fit Detroit’s offensive “stretch” scheme”. If Scheffler or Pettigrew get targets, it’s in a check down throw for Stafford.

Cleveland Browns tight end Jordan Cameron is emerging as the AFC’s answer to Jimmy Graham. Built at 6’5” 250 lbs, Cameron is a big body in the middle of the field. Cameron is Cleveland’s leading receiver and was clearly Brian Hoyer’s favorite target. Cameron ended up in coverage usually against safeties against Buffalo and was held to just 3 receptions and 36 yards. Expect Cameron to have a much bigger day against the Lions

EDGE: Cleveland, by A LOT

Despite having a terrific tandem of Reggie Bush and Joique Bell, the Cleveland Browns front 7 is emerging as one of the better defensive fronts in football. Led by D’Qwell Jackson and free agent pick up Paul Kreuger, the Browns have managed to have a top 10 overall defense in the league thus far. Look for Athyaba Rubin to have a big day stuffing the middle and for Reggie Bush to have less than stellar numbers running the football.

Detroit’s front 7 is also nothing to sneeze at, on paper, but have underperformed thus far this season. Led by Ndamukong Suh and Nick Fairley, the Lions have given up, on average, a staggering 126 yards per game…that’s good for 6th worst in the league. Cleveland’s rushing attack on the other hand doesn’t do much better for themselves. They’ve averaged just under 80 yards a game (79.2 YPG) which is in the bottom 10 of the league. You assume the Lions have to figure it out at some point.

As we mentioned before, Detroit has arguably the most important non-QB weapon in football in Calvin Johnson. Johnson is going to be matched up against Joe Haden, who himself is one of the better cover corners in the league. But, Johnson stands at 6’5”, a half-foot taller than Haden who’s listed at 5’11”. Haden will have TJ Ward to help him over the top, but if Ryan Broyles and Nate Burleson can contribute ANYTHING, you have to give the edge to Megatron…out of pure respect alone.

Jordan Cameron has quickly emerged as one of the better mid-range pass targets in all of football. Cameron has an innate ability to get open in space. Josh Gordon as well is able to stretch the field with pure speed alone. Brandon Weeden is obviously the major question mark for Cleveland. Detroit’s secondary doesn’t have any real noteworthy players, the only way Cleveland loses this battle is if Weeden can’t get the ball to his receivers.

Travis Benjamin changed the game for Cleveland when he returned a punt 79 yards for a score against Buffalo on Thursday. Benjamin is emerging as one of the premier punt returners in the game, showing why the Browns gave up on Josh Cribbs. Detroit has one of the better field goal kickers in the game with the immortal David Akers, who is exactly the guy you’d want kicking any sort of game winning field goal within 50 yards. Cleveland though has the speed threat on any sort of return. You expect there to be a good amount of punting in this one.

Cleveland has shown some real guts in their play calling this year. In week 3, a fake punt and fake field goal were both called that led to scores (the fake punt keeping the drive alive, and the fake field goal actually scoring a touchdown). Jim Schwartz, the head coach of the Lions, is known as defensive minded coach but he seems to be on the real hot seat. Rob Chudzinski and company have all the momentum in the world for Cleveland coming off of 3 straight wins. Cleveland also will have home field advantage. If there is any sort of wind, it will play in favor of the Browns as the Lions play in a dome year round.

A tough fought battle from whistle to whistle. Cleveland gets the edge with home field and the current 3 game winning streak.