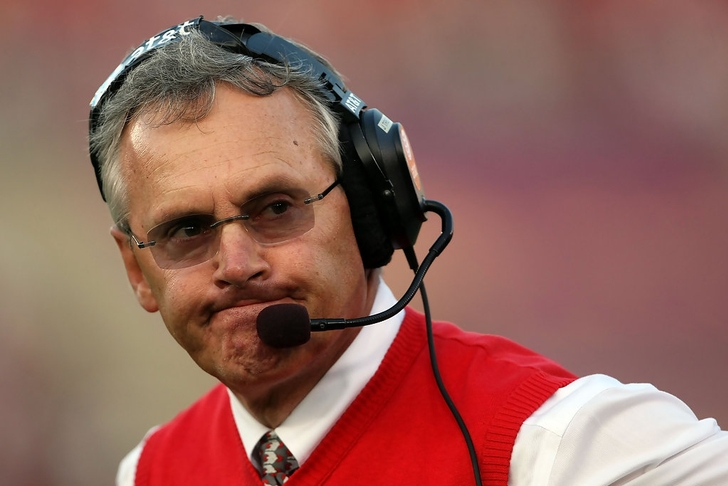 Tressel was Ohio State's head coach for ten seasons, winning the 2002 national championship and six Big 10 titles in that span. Tressel left the Buckeyes under the cloud of NCAA sanctions following allegations that OSU players traded team memorabilia for tattoos and cash.

Shortly after Cabot's report surfaced, a Browns official denied the team was interested in Tressel:

Browns official on team's reported interview of former Ohio State HC Jim Tressel: "Totally false. A lot of BS coming out about us."

Rob Chudzinski coached the Browns to a 4-12 record in his first (and only) season in charge. These were the leading candidates for the position as of this Monday.

Video: Jimmy Haslam responds to question: "Are the three stooges running this organization"

Browns WR Posts Picture of Himself Lighting a Joint on Instagram