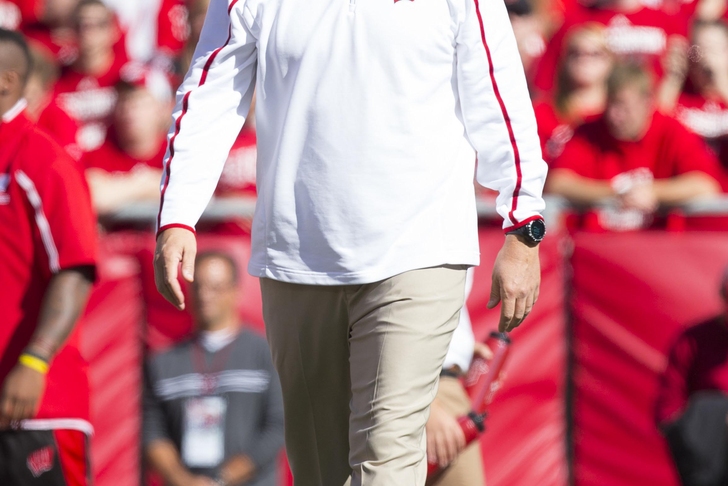 In another twist to today's ongoing saga of Cleveland Browns rumors, it is becoming apparent that the Cleveland Browns left no stone unturned in their pursuit of a replacement for former head coach Rob Chuzinski.

NFL.com insider Ian Rapoport reported via Twitter earlier this morning that the Cleveland Browns' executive staff held secret meetings in an attempt to woo Wisconsin Badgers head coach Gary Andersen out of Madison back in January--

#Browns tried it all during coaching search. Source says they secretly interviewed #Wisconsin coach Gary Andersen, who got a raise on 1/25

As of yet, it is unknown what the exact timeline was between the interview of the former Utah State Aggies head coach and the eventual hiring of current Cleveland Browns head coach, Mike Pettine...however, it seems as if they were within quick succession.

Andersen, who led the Wisconsin Badgers to a 9-4 record and a Capital One Bowl appearance in his first year in Madison this year, validated the rumors to Bruce Feldman of CBS Sports today, stating, "after our initial conversation, I decided not to pursue the position."

The latest in Cleveland Browns rumors and news are here at Chat Sports. Follow our Browns team page today.