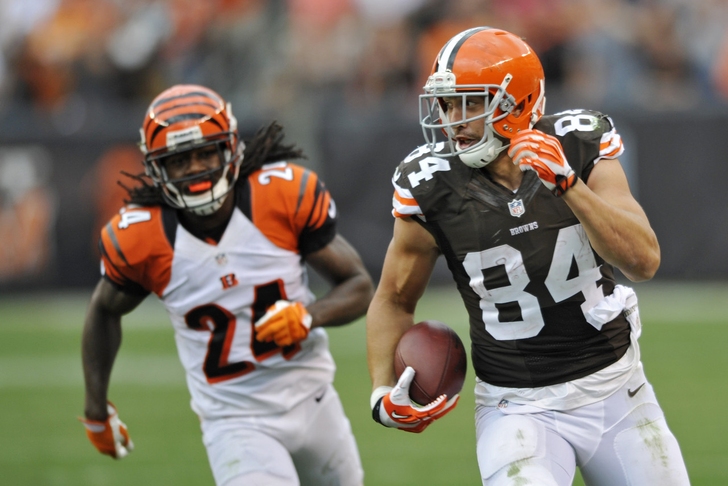 The Cleveland Browns may be in need of another tight end with starter Jordan Cameron becoming an unrestricted free agent, and they appear to be targeting a tight end in the draft.

If they do lose Cameron, the team will go after Minnesota'a Maxx Williams - the top-rated tight end in the draft, according to Andrew Gribble of ClevelandBrowns.com.

Even if Cameron does come back, or it they miss out on Williams, the Browns are said to be targeting Kent State's Casey Pierce or Miami's Clive Walford in the middle rounds of the draft.

“The reality moving forward is that we’re going to drive for competition as every spot,” GM Ray Farmer said in December. “We’re going to look to improve every player. It sounds like it’s not attainable but I think that goal is to constantly look for players that can improve your roster. Pushing competition at every spot, everybody’s got to compete for their job. Nobody gets it handed it to them.”