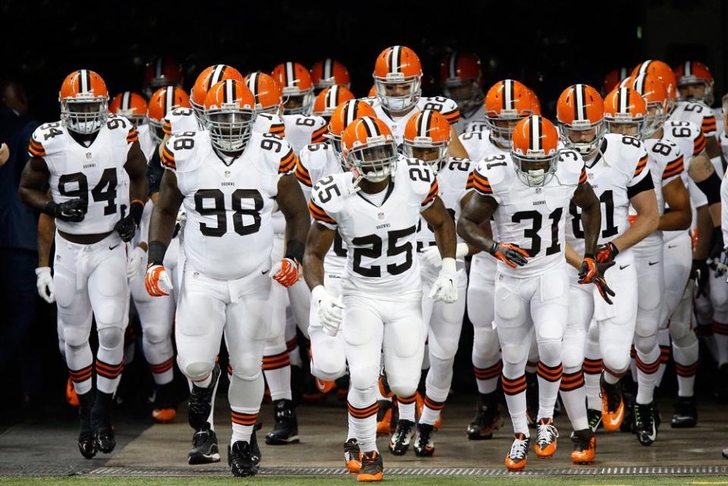 The Cleveland Browns unveiled their highly-anticipated new logos today, but they were just small tweaks instead of a massive overhaul.

Those small changes drew some ire from fans, but team president Alec Scheiner hinted the new uniforms will be bolder than the logo tweaks:

“I do think we’ll move the uniform farther ahead than the logo,” Scheiner said. “We were very respectful of the logo, and I think our fans have given us permission to move forward quicker with our uniforms.”

The Browns will unveil their new uniforms on April 14.

Cleveland Browns Rumors: Is This A Leaked Image Of The Browns' New Uniforms?