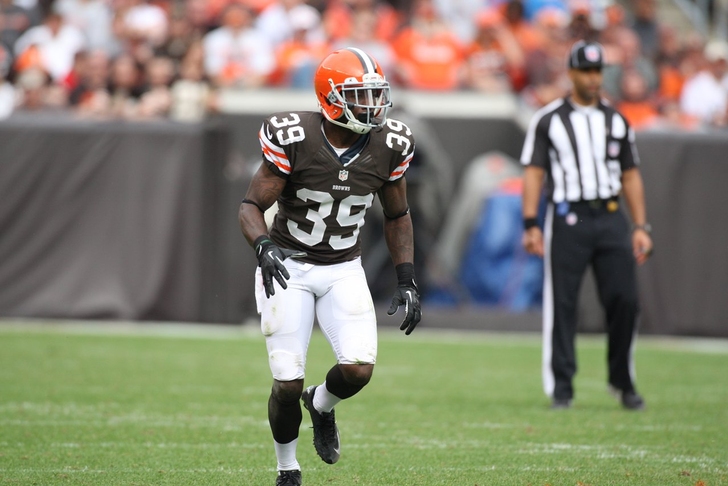 Tashaun Gipson has no-showed the Cleveland Browns' offseason activities so far due to an apparent contract holdout, but cornerback Joe Haden says the talented safety will be around once training camp gets going.

"I don't think he's thinking about holding out of training camp," Haden said, via NFL.com.

Haden admits that Gipson is "a little upset" after being saddled with a second-round tender, but Haden doesn't think that's enough to keep him from training camp this summer.

"It's a business and sometimes when the players do their part of it, being a business it looks a little foggy," Haden said. "I think he's going to be OK. He understands what's going on. He's going to be out there for training camp for sure."

Gipson have six interceptions in eleven games for the Browns last season before missing the last five games with a torn ACL.