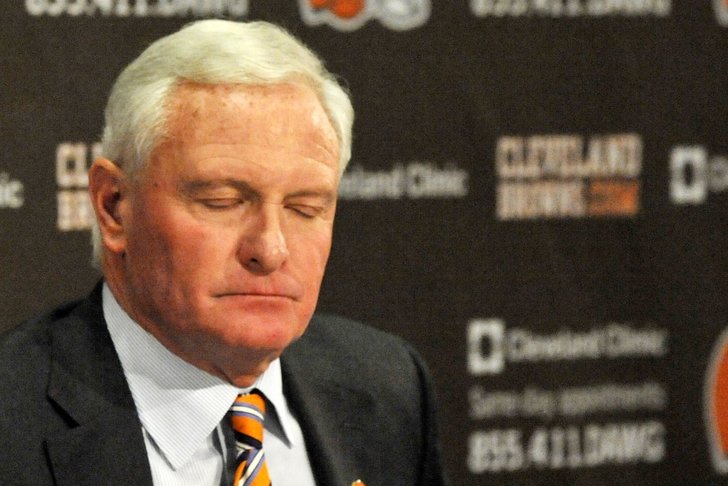 In the never-ending drama that is the world of Cleveland Browns rumors,  Browns' owner Jimmy Haslem's firings of both general manager Mike Lombardi and CEO Joe Banner may have just come up out of the blue this morning.

Cleveland Browns insider Will Burge of Bleacher Report posted this on Twitter this morning, intimating that Jimmy Haslem's handling of the terminations of his two top football operations executives in a very blunt, somewhat impersonal manner:

#Browns source told said org had a meeting in morn. Haslam walked in, announced Banner & Lombardi were gone & walked back out. Dead silence

Burge also reported via Twitter earlier today that CEO Joe Banner and Browns general manager Mike Lombardi were both "blindsided" and "devastated" by this morning's sudden turn of events.

The Cleveland Browns finished the 2013 season at 4-12, marking the sixth straight year that the franchise as lost 11 games or more. The Browns fired head coach Rob Chudzinski earlier this offseason after just one season on the job, and are releasing both Banner and Lombardi after just over one year of service each.