Cleveland Browns Rumors: Is This A Leaked Image Of The Browns' New Uniforms? 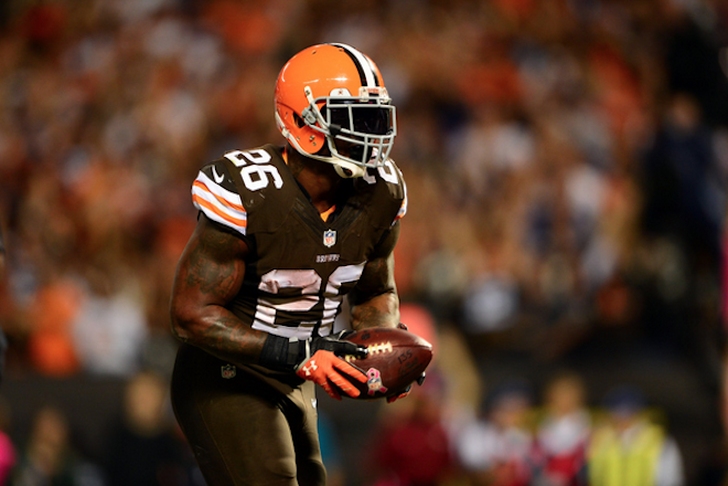 Shawn Starr of Dawg Pound Nation has been a reliable source for Browns rumors in the past, and they've gotten their hands on an image that reportedly shows Cleveland's new uniforms for 2015.

The decision to change up the uniforms came down months ago, but the designs are supposed to stay under wraps until an official reveal in late April leading into the draft. ESPN Cleveland's Tony Grossi described the intended changes back in September:

According to a source with knowledge of the process, the Browns have chosen three jerseys and two pants styles. The jerseys are categorized as dark, light and an alternate.

The Browns intend to mix and match jerseys with pants, giving them up to six combinations to wear over the course of a season.

Sources previously have said the color schemes would remain largely orange, brown and white – the colors selected by founding coach Paul Brown when the team debuted in 1946. There could be slightly different shades than accustomed to the franchise. But the source declined to comment on a rumor that a fourth color would be introduced, believed to be metallic gray.

After posting a few images that had been making the rounds, Dawg Pound Nation was sent the image below. While it's accuracy can't be verified, it reportedly matches up with all the information about the new jerseys that had already been released:

Would you be happy with these as Cleveland's new uniforms? Let us know in the comments!