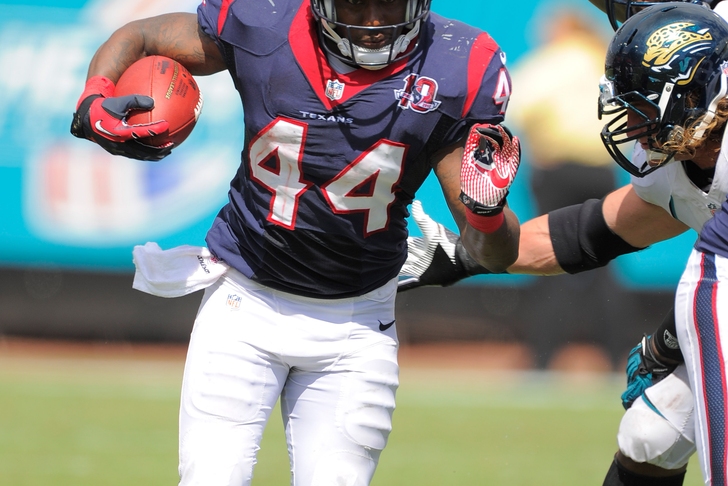 Tonight's batch of Cleveland Browns rumors places the Browns as potential contenders for one of the top running backs on the 2014 NFL free agent market.

According to Elliot Harrison of NFL.com, Houston Texans running back Ben Tate could walk via free agency, especially since sources close to the Texans believe that they are still committed to Arian Foster as their starting running back.

If the much-ballyhooed backup Texans running back hits the market, Harrison believes the Cleveland Browns could be a top "potential suitor" for the services of the 25-year old running back—

"Cleveland, which desperately needs to hop off the McGahee-Ogbonnaya-Baker train, can certainly afford Tate. After all, everyone expects the Cleveland Browns to draft a quarterback come May, and a young QB's best friend is the running game."

In 14 games this season, Tate saw just 181 carries for the Houston Texans, finishing with 771 yards and four rushing touchdowns. The Cleveland Browns could also be intrigued by his development as a safety-valve pass-catching back—he ended 2013 with 34 receptions, by far the most of his three-year NFL career.

Get Cleveland Browns rumors as soon as they appear. Follow our Browns team page today.