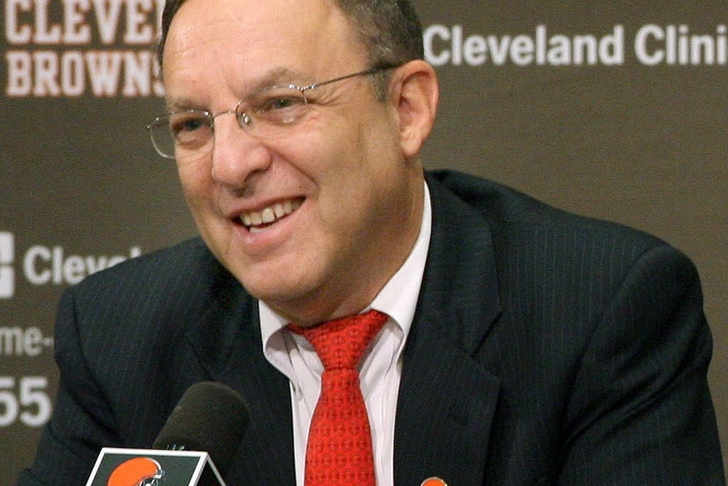 Here's a twist on the Cleveland Browns rumors surrounding the firing of former Cleveland Browns CEO Joe Banner--it looks like Banner may have overstepped his bounds in some executives' eyes in his day-to-day operations with the Browns.

As reported by CBSsports.com, NFL insider Pat Kirwan had a conversation with a source close to the Cleveland Browns' situation, and it seems the chain of command in Cleveland may have been running through CEO Joe Banner all along--

"Kirwan spoke to a league source at the NFL combine in Indianapolis who told him Banner was a bit of a control freak and structured the coaching staff so that the new coordinators would answer directly to him."

Pro Football Talk's Mike Florio, however, got a different side of the story out of a Browns spokesperson earlier today: "Reached for comment on the item that originated with Pat Kirwan of CBS, the Browns told PFT that all coaches report to the head coach. That’s the way it’s been through the entire tenure of owner Jimmy Haslam."

One thing is for certain: new Cleveland Browns head coach Mike Pettine will have a lot of extra noise to deal with as he begins his first year at the helm in Cleveland.