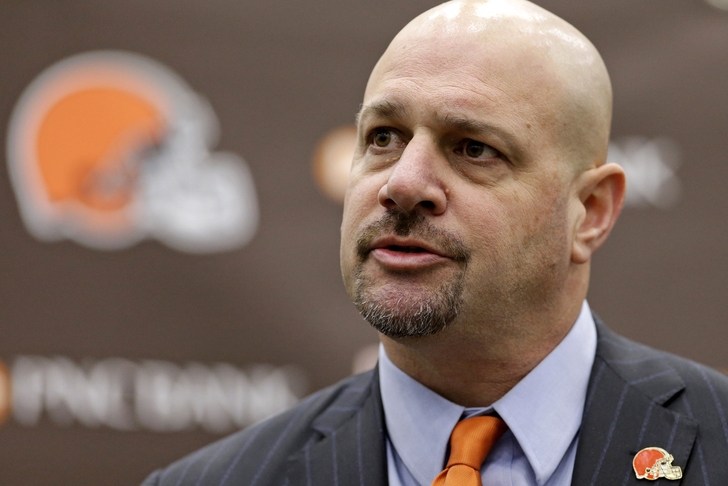 ESPN.com's Nick Wagoner wrote earlier today that the St. Louis Rams "aren't having an open auction for the No. 2 overall pick like they did in 2012, but general manager Les Snead has already indicated a willingness to move it."

Seeing that the Cleveland Browns "currently hold(s) two first-round picks (Nos. 4 and 26)," Wagoner pegs the Browns as the ideal trade partner for the Rams.

If the Rams are truly looking to trade down, Wagoner highlights the Browns' needs at quarterback as all the justification they would require to make the move happen--

"With those two first-rounders this year and a lofty pick in the second round, Cleveland could probably offer the Rams more than enough to jump the two spots from No. 4 to No. 2 and still get the quarterback it might covet."

The two teams were in a similar situation back in 2012, when the Cleveland Browns did everything in their power to trade for the Rams' #2 pick in order to select Baylor quarterback Robert Griffin III, losing out to the Washington Redskins.

Cleveland Browns rumors will be flying this offseason, and Chat Sports has you covered. Follow our Browns team page today.