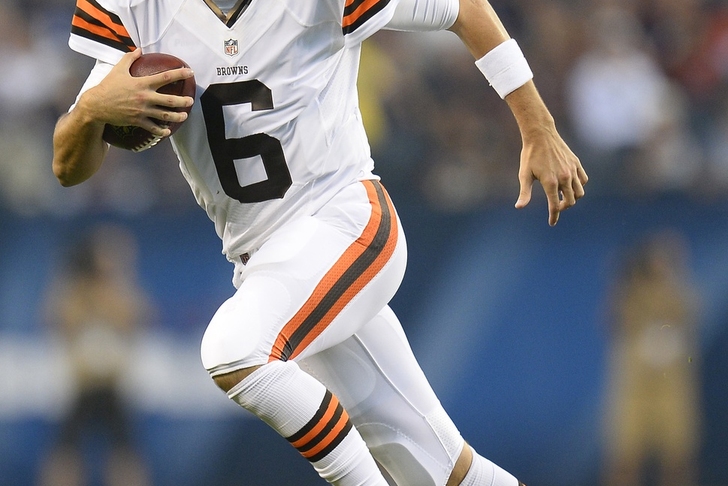 After the release of linebacker D'Qwell Jackson, Cleveland Browns rumors have been focused on what the Browns next set of roster moves will look like. One rumor in particular may come as a shock to most die-hard Cleveland Browns fans.

In a column on Thursday, ESPN Cleveland analyst Tony Grossi brought up a potential trade scenario for quarterback Brian Hoyer which, as far-fetched as it may seem, could end up making sense--"It would be a shocker if Hoyer did not return...but what if Houston coach and former New England coordinator Bill O’Brien came calling with a trade offer to land Hoyer as Houston’s veteran mentor to its young quarterback in the draft?"

Grossi also singled out Brandon Weeden as a lock to be cut, meaning that if the Cleveland Browns were to let both Weeden and Hoyer go, the Browns would most likely have to go all-in by drafting a quarterback with the #4 pick that they feel will be ready to play Week 1.

Many NFL analysts have singled out the 28-year old Hoyer as the interim starter for the 2014 season, holding down the fort for the Cleveland Browns until their potential first-round pick is ready to start.

However, if these Cleveland Browns rumors prove true, the safety net for Bridgewater/Bortles/Manziel may be completely removed.