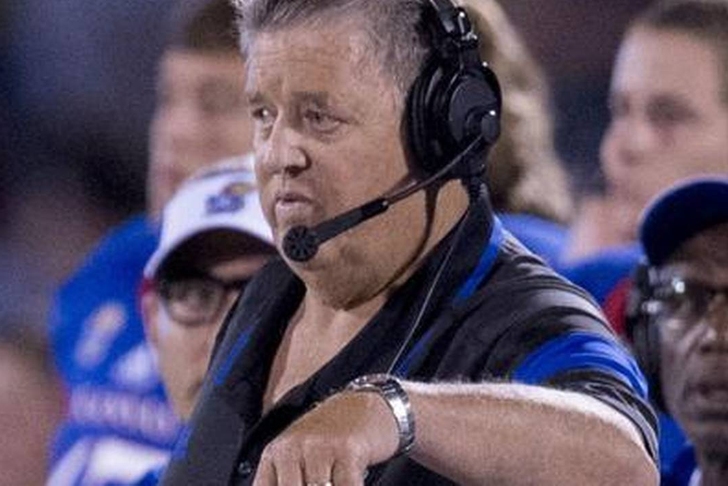 The Cleveland Browns are beginning their search for a new offensive coordinator after parting ways with Kyle Shanahan on Thursday.

From the looks of it, the Browns are aiming at high-profile candidates first, with former Kansas/Notre Dame head coach Charlie Weis and former Chicago Bears head coach Marc Trestman both surfacing as potential candidates for the job.

Per CBS Sports' Jason La Canfora, Weis has emerged as one of a litany of options the Browns front office could look at in the coming days:

As reported earlier this week, look for Charlie Weis to be among the possibilities to replace Shanahan in CLE

While it's unclear if Weis would reciprocate that interest, ESPN's Jeremy Fowler reports that the Browns would have a willing candidate for the OC job if they decide to give Marc Trestman a call:

Marc Trestman's name has come up in the #Browns' OC search and Trestman would be interested in talking, according to a source.

Trestman might be the more viable option, especially considering Weis' assertion last May that he'd have a hard time working with Browns QB Johnny Manziel.

“I would have a tough time coaching him, personally,” Weis said, via KUSports.com and 247Sports. “He's an exceptional talent. He's either gonna be a Brett Favre star in the league or a loose cannon. I don't know enough about him personally. I haven't watched him play enough games. But I have watched him play really well in big games.

“Personality wise, I'm used to, 'We do things a certain way,' and he looks to be quite the free spirit. In my career, I haven't been around that free spirit mentality at quarterback. You have 'em at receiver, you have 'em at DB but there aren't too many of them at quarterback. There's some organizations that really need to take Johnny Manziel. He's a lightning rod and he could very quickly become a face of a franchise. And if he turns 'em into a winner, you hit a grand slam, you don't just hit a home run.”

Cleveland also parted ways with quarterbacks coach Dowell Loggains on Thursday. Both Shanahan and Loggains lasted just one year with the Browns.