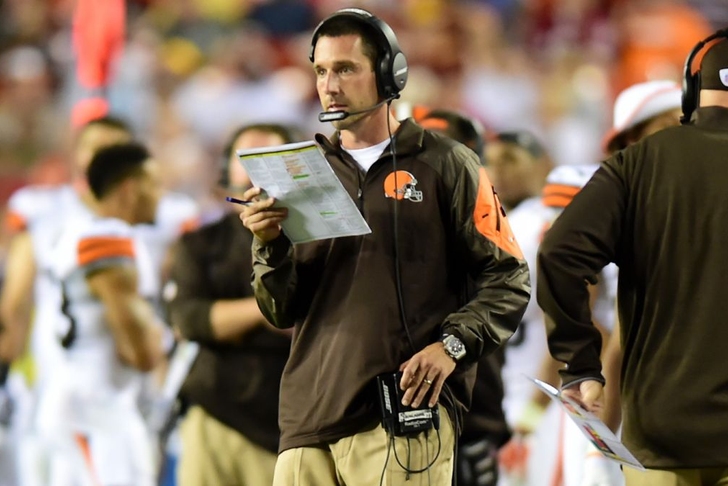 Former Cleveland Browns offensive coordinator Kyle Shanahan's departure from the team may have been partially due to his uneasiness regarding reported texts of play calls from a high-ranking team official to the sidelines during games. Such a practice is banned under NFL regulations.

NBC's Pro Football Talk has confirmed the rumors (via 247Sports), but the identity of the high-ranking official in question has yet to be revealed.

Below is an excerpt of the NFL's rules against the use of electronic devices such as cell phones on the sidelines and in coaches' booths:

“Unless specifically permitted by League rules, the use of cellular phones, smart phones, tablet devices, computers, wearable electronic devices such as Google Glass, and other electronic equipment by coaches, players, and other club personnel is prohibited in club-controlled areas including, but not limited to, sidelines and coaches’ booths,” the league’s electronic devices rule states. “These restrictions apply from ninety (90) minutes prior to kickoff through the end of the game, including halftime. Coaches, players, and other team personnel are permitted to use such electronic devices in the locker room prior to kickoff and are permitted to use League-issued Microsoft Surface tablets throughout game day for viewing coaches’ still photos.”

Want more on this story? Be sure to follow our Browns team page for the latest Cleveland Browns rumors!

To draw a comparison here, former Atlanta Falcons head coach Jim Mora Jr. was fined $25,000 in 2006 for using his cell phone during a game.