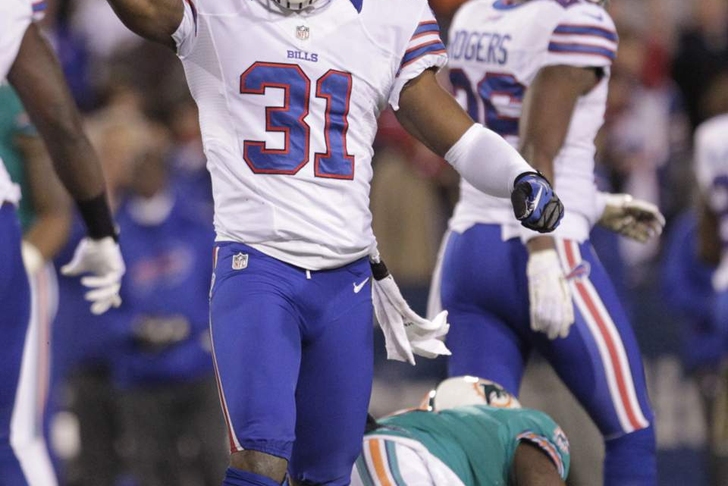 We've got a reunion brewing in this edition of Cleveland Browns rumors, as new Cleveland Browns head coach Mike Pettine could acquire the services of one of his former defensive standouts in Buffalo.

Hear the possibility of reunion between #Browns coach Mike Pettine and S Jairus Byrd is real. Bills could complicate with a tag & trade tho

The Buffalo Bills utilized their franchise tender on Jairus Byrd ($6.9 million) prior to the 2013 season , causing some notable annoyance and frustration from the 3-time NFL Pro Bowl safety who was seeking a long-term commitment.

If the Cleveland Browns are serious about offering Jairus Byrd a long-term contract, the methodology for doing so will hinge on whether the Buffalo Bills decide to retain the coveted safety with a "non-exclusive" franchise tender--which would force the Bills to pay Byrd an average of the top five salaries for safeties in the NFL in 2013.

Cleveland Browns head coach Mike Pettine was the defensive coordinator for the Buffalo Bills this past season--striking up, by all reports, an amicable relationship with Jairus Byrd in his time there.

Get Cleveland Browns rumors as soon as they hit the web. Follow our Browns team page today.