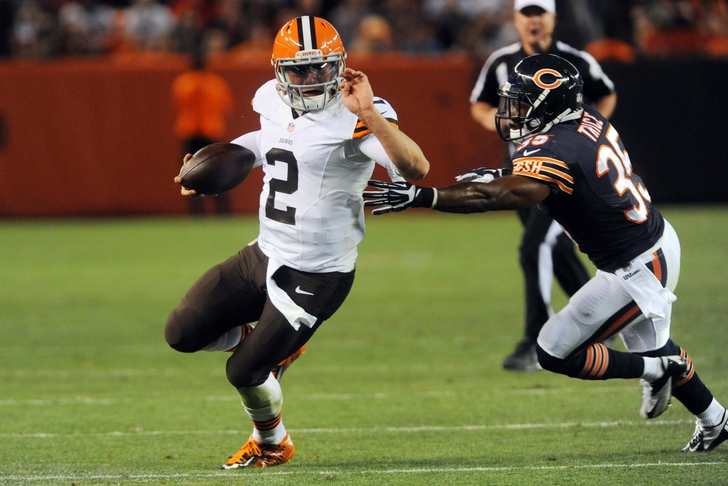 Johnny Manziel's rough first season as a member of the Cleveland Browns has been well documented, and it appears that it's going to take a significant turnaround for Johnny Football in order to fully gain the trust of new offensive coordinator John DeFilippo.

Here's the Cleveland Plain-Dealer's Terry Pluto with the report:

Remember how the Browns talked about Manziel having the "it" factor when they drafted him? Now, they are hoping he can be "a solid" starting QB, as General Manager Ray Farmer mentioned at his postseason press conference.

I doubt the Browns have much confidence in that happening. Maybe that's why DeFilippo said if the quarterback is not in the building right now, "that's great, too." It may be a nice way of saying that the Browns are very open for suggestions. But it's not an OK situation ... much less "great," as DeFilippo mentioned.

The former Oakland Raiders quarterbacks coach was brought in as offensive coordinator to work the same magic that helped rookie Derek Carr have a successful first season despite the Raiders' struggles and obvious dearth of talent at skill positions.

Whether he'll be working with Johnny Manziel as the starter or someone else remains to be seen as the long offseason progresses.