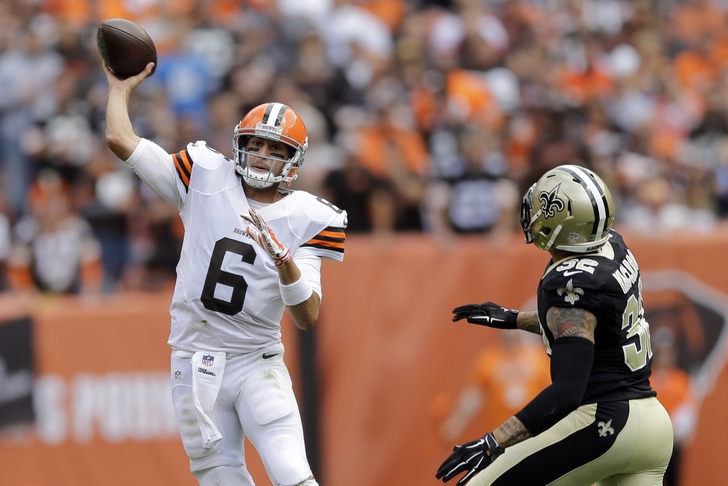 The Cleveland Browns' quarterback problems were supposed to have been solved by the introduction of Johnny Manziel to the fray, but the Browns enter this offseason with plenty of questions after Manziel struggled mightily in limited action with the team.

There's still a chance that the Browns could re-sign Brian Hoyer and slowly bring Manziel along in 2015, but GM Ray Farmer says that such a scenario would come down to Hoyer wanting it to happen.

"If he wants to be back, that leverage is definitely in his court to make that happen," Farmer said, via Cleveland.com. "Assuming that we could agree to that deal, then that opportunity's available. If we can't come to that agreement, then he obviously would not be back. There's a lot of work to be done in that regard.''

Hoyer has continuously reiterated that now that he's had a chance to start at the NFL level, he's not looking to return to Cleveland as a backup for Manziel. The Browns' brass still has committed one way or another to a plan at the QB position, so don't be surprised if this drags out for a bit as the offseason progresses.