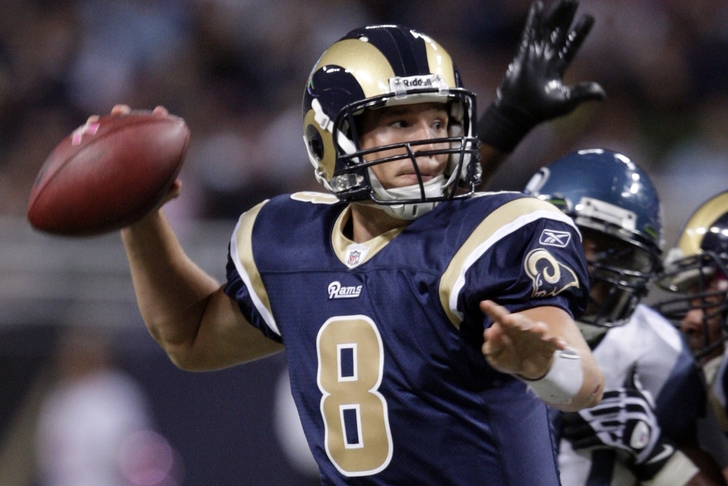 The 2015 NFL Draft is fast approaching, and there's plenty of buzz surrounding the Cleveland Browns and their two first-round picks (#12 & #19). Is there a trade in Cleveland's future? Who's the Browns' top target(s)? Check out the latest gossip in our Cleveland Browns Draft Rumors Roundup For Saturday 4/11.

According to a source cited by our very own Mack Ferguson, there's some major intrigue surrounding 2014 first-round pick Johnny Manziel and new Eagles QB Sam Bradford:

The Eagles reportedly want both Manziel and one of Cleveland's two first-rounders, and the Browns have been reluctant to part with such value to pick up the oft-injured Bradford just yet. But, stay tuned.

If the deal with the Eagles doesn't materialize, there's always Plan B (or 1B to be more precise) -- trading up for Oregon QB and 2014 Heisman Trophy winner Marcus Mariota.

This will likely depend on how far Cleveland needs to climb to get Mariota and just how much it will cost them to do so. However, it's a very real possibility with the 2015 NFL Draft less than three weeks away.