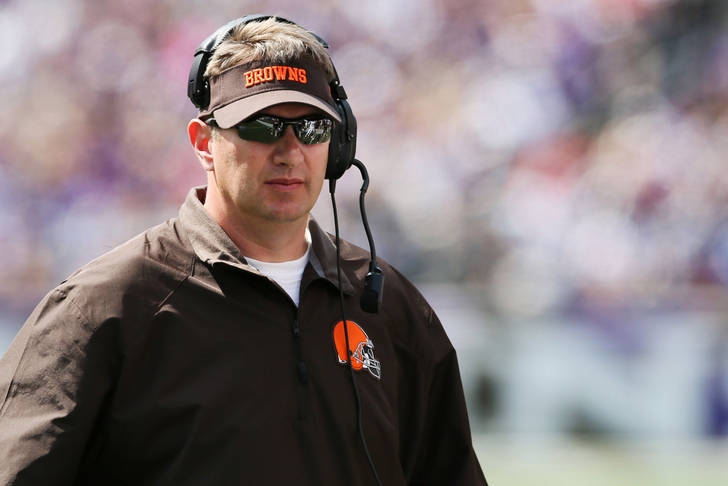 The Cleveland Browns were unable to capitalize on their solid start to the season, and it appears ending the season with seven straight losses was enough to convince management to part ways with first-year head coach Rob Chudzinski. With Chudzinski gone and the Browns staring down another rebuilding effort, the job won't be an easy sell, but there are quite a few coaches and assistants who'd be happy to take over in Cleveland. Based on the word coming out of the front office and our own conversations with those close to the situation, here are the top five candidates to be the Browns' next head coach:

The Browns have officially asked Seattle for permission to interview Quinn, the man responsible for the Seahawks' dominant defense. Quinn would be considered a serious gamble, as 2013 was his first year as a coordinator and he has no previous head coaching experience.

McDaniels didn't fare well in his first NFL head coaching job, going 11-17 with a talented Broncos squad. Still, McDaniels is a very young coach (37) with lots of room to grow and improve. A Bill Belichick disciple, McDaniels got his start under Nick Saban at Michigan State, and has deep Ohio roots that could facilitate a move back to his home state. The Browns have McDaniels high on their list of possible replacements for Rob Chudzinksi, and he's worth keeping an eye on as Cleveland's coaching search progresses.

Whisenhunt's star has faded since his Cardinals narrowly lost to the Steelers in Super Bowl XLIII. While he might not be as highly-rated as he once was, Whisenhunt is still a veteran NFL head coach, and at 51, he can still get better. A well-respected offensive mind, Whisenhunt will still have to find Cleveland a quarterback before he can really get to work. Cleveland's interest in Whisenhunt has been confirmed via ESPN's Pat McManamon.

While Detroit's collapse this season casts a negative light on Schwartz, it wasn't long ago that he was being hailed as the Lions' savior. Schwartz knows a thing or two about turning teams around, and after going 2-14 in his first season with the Lions, he oversaw steady improvement and had them in the playoffs just two years later. The Browns interest in Schwartz was first reported by CBS Sports' Jason La Canfora.

Gase is a young, enthusiastic coach with a very bright future. Denver's offense has been absolutely stellar this season, and Gase's stock has been on the rise all year in NFL circles. At just 35 years old, Gase perfectly fits the profile Cleveland is looking for (young, dynamic, high-potential), and if the Browns can fend off interest from Minnesota, Gase might just be their guy.

Browns WR Posts Picture of Himself Lighting a Joint on Instagram

Browns Players React to the Firing of Rob Chudzinski