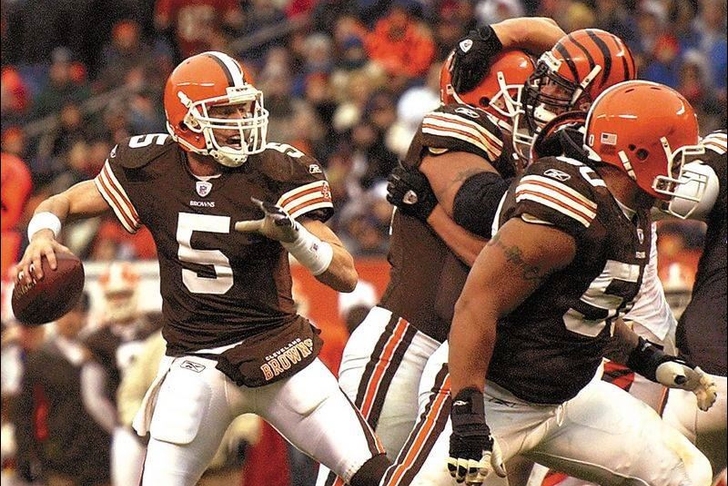 Former Browns QB Jeff Garcia, who is 43 years old and hasn't played a full NFL season ince 2008 when he started at QB for the Tampa Bay Bucs, has contacted the Cleveland Browns regarding their starting QB position, telling his former team that he is ready and available if they need him.

Garcia told 92.3 The Fan radio in Cleveland that he told the Browns to work him out and that he's ready to go, but the team apparently did not express interest at th

.@JeffGarciaJGFA told @BullandFox "I actually reached out to the Browns and said 'work me out, take a look, I'm open to the opportunity'"

Garcia was the Browns starting QB in 2004, throwing 10 touchdowns and 9 interceptions in an otherwise forgettable tenure in Cleveland.

Somehow, the journeyman QB was able to marry the lovely former Playboy model Carmella DeCesare, with whom he has 4 children. God bless America.