Browns Should Move Quickly on Contract for D'Qwell Jackson, Wait on Hillis 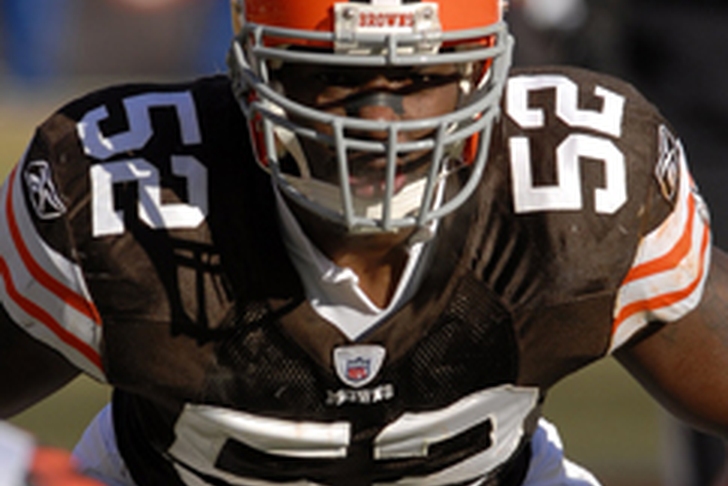 It has been rumored that the Browns are working on contract extensions for both Peyton Hills and D’Qwell Jackson.   Prior to the first game it appeared as though the two sides were on the brink of a deal for extending Hillis.  However, now going into the fourth game no deal has been reached, and it’s unknown how close an agreement is.   But given the revelation that has been D’Qwell Jackson this season, the Browns would be smart to move on an extension prior to focusing on Hillis.

For starters, Hillis hasn’t exactly produced the way he did last season yet.  Granted it’s only been two games, but he is sitting on a 3.4 YPC average right now, and just hasn’t looked the same as he did in the past.  Some of that may have to do with the offensive being in flux and starting a rookie in place of Eric Steinbach.

Regardless of the reasoning, the running back position has become very interchangeable in the NFL in recent years, and the Browns had a string of backs that have put up impressive numbers one season only to disappoint the following (Harrison, Lewis, Droughns, etc).  As flat-out awesome as Hillis was last year, it is certainly to the Browns advantage to see if he is a one-year wonder or a guy that can produce year-in year-out.

It’s also a matter of how much Hillis’ agent is asking for.  Given that Hillis is still working on his rookie contract which pays him $550,000 this season, he is certainly due a raise.   But giving huge cash to a player who is susceptible to injuries could really handcuff the team in the future.

The other thing standing in the way of a new Hillis contract is D’Qwell Jackson.  Given that he just won the Defensive Player of the Month award, his price may have just went up.  But if the two sides are close there is much more upside to paying Jackson first.  Granted, he has been hurt the past two season, but he seems to be behind those injuries now and locking him up long-term could help provide another measure of stability to the young defense.  He is in his sixth season, but with much less wear due to his time off, and could be a solid player just entering his prime for the Browns.

It just makes more sense to lock up a player that is more proven, at a position that is harder to fill rather than take a big risk and throw a ton of money at a running back.   Don’t get me wrong, I hope Hillis becomes the juggernaut that he was last season, but I would rather miss out on a good running back rather than see a franchise linebacker leave in free agency.

Ideally, the Brows should sign both of them before the end of the season.  But if they are going to prioritize they need to get Jackson into the fold first.