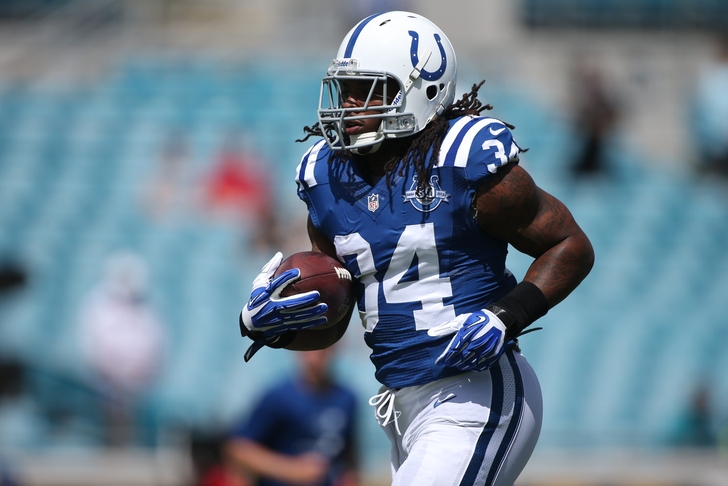 The Indianapolis Colts and Cleveland Browns might be developing a little rivalry when they face off this weekend.

Earlier this week, Colts running back Trent Richardson, who was drafted 3rd overall by the Browns in 2012 before being traded to Indy last year, made headlines by saying he would jump into the Dawg Pound (area behind the end zone of rapid Browns fans) if he scored a touchdown.

Browns head coach Mike Pettine said on Thursday that he's encouraging Richardson to do so, because he's "hopeful that they would be greeted appropriately by the Dawg Pound if those circumstances did occur".

Now, Cleveland safety Donte Whitner is offering his own thoughts.

#Browns SS Whitner on T-Rich saying he'll jump into Dawg Pound: "How many times did he jump into the Dawg Pound when he was actually here?"

He's referring to Richardson's disappointing season and a half with the Browns, and was traded after being quickly viewed as a bust. He rushed for 1,055 yards and 11 touchdowns, averaging around 3.5 yards per carry in 17 games in Cleveland.

The last opposing player to jump into the Dawg Pound was Cincinnati Bengals' Chad Johnson, who was doused in beer.

Richardson has rushed for 445 yards and three touchdowns so far this season.

Indianapolis and Cleveland will kick off at 1:00 p.m. ET on Sunday on CBS.