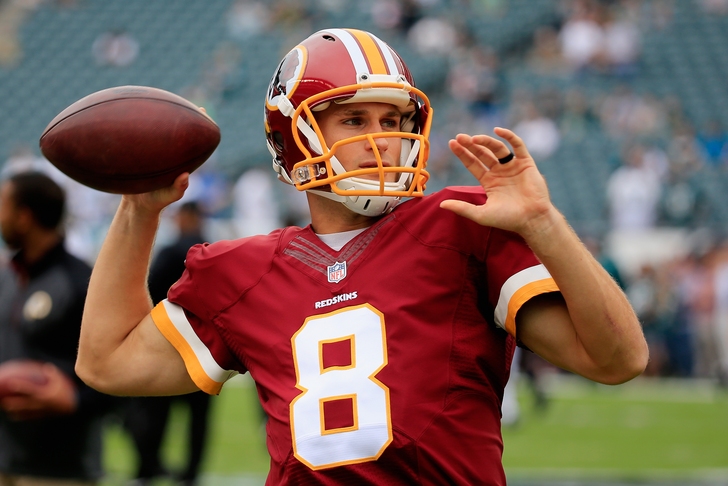 With the Cleveland Browns' quarterback situation up in the air once again, one ESPN writer believes the team will renew its interest in a trade for Washington Redskins backup Kirk Cousins.

Here's ESPN Cleveland's Tony Grossi with his thoughts on what could be an open quarterback competition for the Browns in 2015:

According to reports in May, the Browns inquired about trading for Cousins during the past draft. They offered a fourth-round draft choice; the Redskins wanted at least a second. The deal didn’t happen and Cousins, with Shanahan departed to Cleveland, sank to third on the Redskins’ depth chart behind Colt McCoy.

One report on Monday said that Cousins would renew efforts to be traded if RG3 returns as the Redskins’ starter, as expected. I would expect Cousins to be the top target when the Browns go quarterback hunting once again in 2015.

The Browns organization doesn't appear ready to give up on Johnny Manziel, and there's also the 'will he or won't he come back' situation with Brian Hoyer, so Cousins' name might not be immediately be on the lips of Cleveland executives as the offseason gets underway.

However, if Cousins can't secure a starting job in Washington and things don't clear up in Cleveland, the potential is there for a deal.