Browns Rumors: Ray Farmer willing to use another first-round pick on a QB? 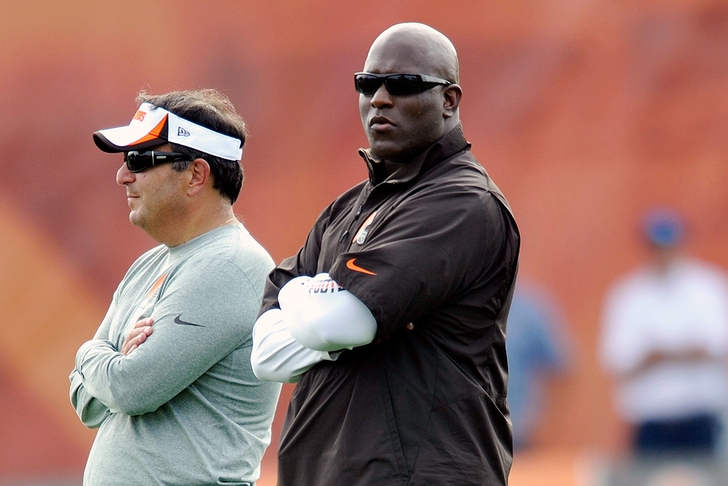 Cleveland Browns GM Ray Farmer says the team won’t hesitate to use another first-round pick on a quarterback if he feels the situation calls for it.

According to Marc Sessler of NFL.com, “asked if the team would hesitate to draft another first-round passer, Farmer said Monday, point blank: “I would not.”'

However, don't think that Farmer is willing to jump off the Johnny Manziel train just yet.

“I do think he can develop into a solid starter in this league, yes,” said Farmer. “I think that the sample size available is like you said, small. I’d say to that end, we all gotta be patient. I think there’s an opportunity for the guy to make changes. It’s up to him if he’s going to make those changes, but I think the talent is in his body to accomplish that.”

With the team also still having to make a firm decision on former starter Brian Hoyer, the quarterback position in Cleveland is going to be getting a lot of media attention this offseason.