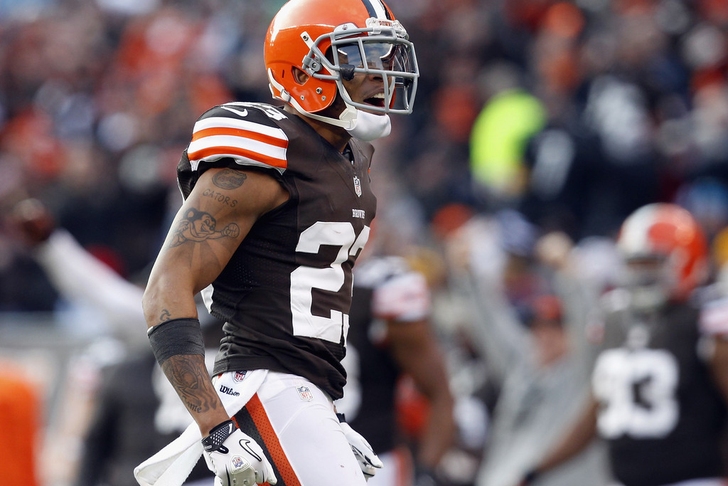 In Browns rumors today, the end of the NBA season for the Cleveland Cavs means its time for the city of Cleveland to focus in on what's going on with the Browns -- and it looks like the rest of the NFL could be just as intrigued, especially when it comes to cornerback Joe Haden.

Per Jason Cole of Yahoo! Sports, upcoming contract negotiations between the Browns and Haden will most likely set the tone for other cornerbacks looking for extensions in the very near future --

Btw, folks watching nego for CB Joe Haden for ripple effect on Sherman, Peterson talks. If Haden is at less than $12M per, tuff for others

Per ProFootballRumors.com, cornerbacks such as the Arizona Cardinals' Patrick Peterson and the Seattle Seahawks' Richard Sherman will be keeping a close eye on these negotiations, in order to strengthen their own case from a monetary perspective.

Haden is currently in the final year of a five-year, $40.1 million deal. The Cleveland Browns and Haden have been said to be working on a new contract the past couple months, but as of yet nothing has been announced.

Haden is said to be looking for a contract somewhere near the magic line of $12 million per year.