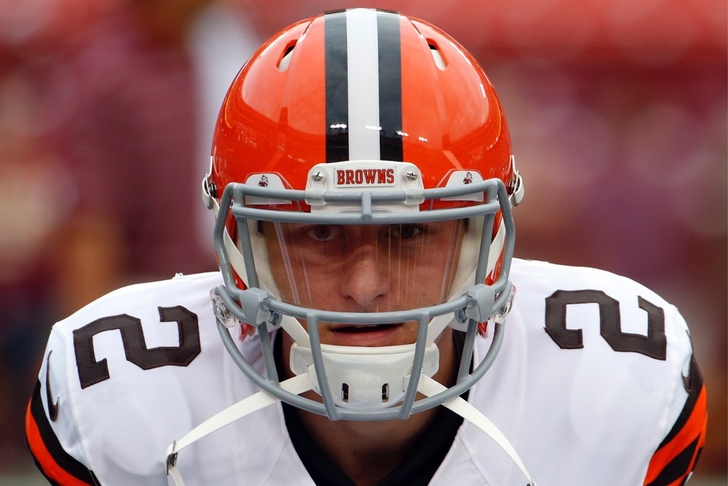 In the face of all the rumors and speculation surrounding embattled rookie quarterback Johnny Manziel, two of his veteran teammates have come out in his defense regarding his future with the Cleveland Browns franchise.

Per NFL.com's Marc Sessler, Pro Bowl cornerback Joe Haden says that a lot of the criticism levied at the Texas A&M product is unjustified and that he believes Manziel can lead the franchise into the future:

Joe Haden on Manziel as Browns QB answer: 'I feel like he could be. I think Johnny really understands what he needs to do to be successful.'

Joe Haden on Johnny: 'We feel like a lot of stuff gets blown out of proportion. Some of the stuff Manziel really can't control.' #Browns

Linebacker Karlos Dansby also stood behind the team's oft-maligned 2014 first-round draft pick when asked if Manziel can lead the Browns to future success:

Oh without a doubt. It's gonna take a lot of sacrifices. Guys can't have egos, you gotta check 'em at the door. We gotta ... rally around each other and continue to fight for each other, just play lights-out football, and that's what we're gonna (have to do to get there).