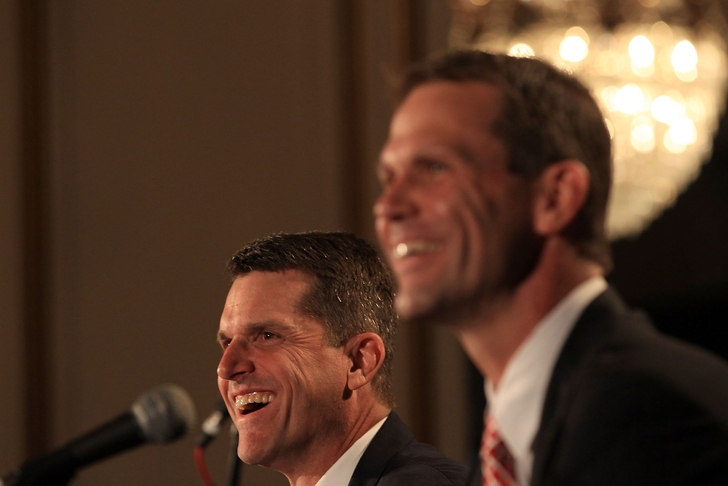 According to Tony Grossi of ESPNCleveland.com, "Nantz indicated it was Lombardi who made a last-ditch stab for power by back-channelling the discussions between the Browns and 49ers coach Jim Harbaugh in January."

“I’ve never had this discussion with Mike, but you know, this whole thing about Jim Harbaugh being entertained by the Browns … you know that was Mike being the one trying to execute that,” Nantz told Tony Grossi. “That’s one of his closest friends, Jim and John Harbaugh. (Jim was) first brought into the NFL by Mike Lombardi. That was a real out-of-the-box move, just like the (Brian) Hoyer thing. That actually had a pulse. I think that was closer than we ever … can you imagine had they pulled that one off?”

Nantz did insure not to "confirm" that Lombardi was the man behind the attempted deal, but did state that “Jim Harbaugh’s personal assistant was Mike’s son Micky," also indicating that "Jim Harbaugh was hired as a quarterbacks coach for the Oakland Raiders by Mike Lombardi."

Read into all of this what you will, Browns fans. However, the Browns may have been a lot closer to having Harbaugh as their next head coach than previously assumed.

Your Browns rumors whenever and wherever you want them. Download our new Chat Sports iPhone app and follow our Browns team page today.