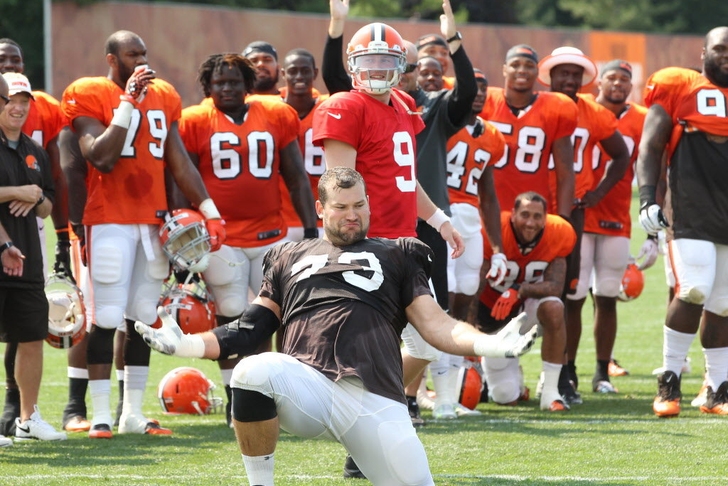 The Cleveland Browns are the current "front-runners" to be featured on HBO's Hard Knocks series this summer, a source indicated to Vic Carucci of The Buffalo News and SiriusXM NFL Radio.

Hard Knocks profiles one NFL team during training camp in a documentary-style format. The Atlanta Falcons were the feature team in 2014, the eighth year that the series has been on the air.

There is plenty of subtext and entertaining camera fodder to be had with this Cleveland Browns team heading into this summer, with everything from the uncertainty surrounding the quarterback situation (especially the Josh McCown/Johnny Manziel dynamic), to reported friction amongst front office members and coaches -- friction that reportedly had something to do with former offensive coordinator Kyle Shanahan's resignation back in January.

The Browns reportedly turned down HBO's invite to be on the series last year. They don't have the option to decline a second time, per NFL media availability rules.