Browns Rumors: CB Quinten Rollins An Option For Cleveland In The 2015 NFL Draft? 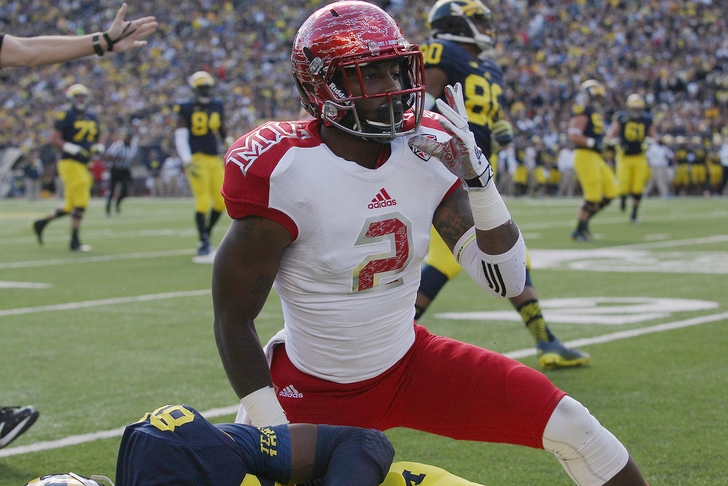 The Cleveland Browns are unlikely to look cornerback in the 2015 NFL Draft's first round, but Miami (Ohio) cornerback Quinten Rollins could very well be an in-state option for the franchise in the second round if he's still on the board.

Per Tom Reed of the Northeast Ohio Media Group, "after taking Justin Gilbert with the No. 8 overall choice a year ago, it's hard to imagine the Browns investing one of their two first-rounders (Nos. 12 and 19) in another cornerback. But if the MAC Defensive Player of the Year slips to the second round when the Browns pick again, it could be an interesting decision for general manager Ray Farmer and coach Mike Pettine, who covets cornerbacks."

The intriguing thing about Rollins? He's only played 12 college football games. However, that's all he needed to transfer his basketball skills to the gridiron and warrant consideration as a late-first round draft pick.

Whether or not his limited sample size scares off some teams remains to be seen. If it does, don't be surprised if the Browns look long and hard at bringing him to Cleveland.