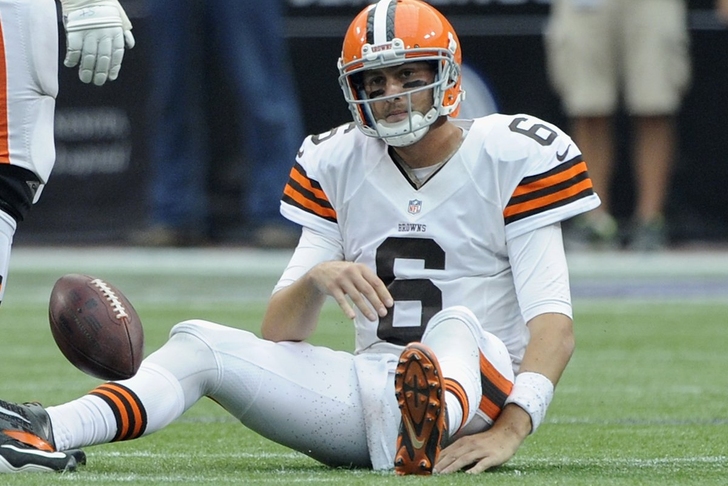 In Browns rumors tonight, the Browns are doing their best to represent Cleveland with the Cleveland Cavs now eliminated from NBA Playoffs contention -- searching every avenue in an attempt to improve the team on the offensive side of the ball.

Per FanSided.com's Andrew Melnick, by way of information obtained from Nate Ulrich of the Akron Beacon Journal, the Cleveland Browns may be looking to bring in a veteran free agent quarterback before May's NFL Draft --

“I don’t think we’re at the point yet where that decision has to be made,” Browns head coach Mike Pettine said in a conference call transcribed by Ulrich. “I think it’ll be made sooner than later. I think it’ll be done around the time of the first camp.”

“I do know that [Hoyer] will be available at least on a limited basis [for the first minicamp], but to the exact extent of what he can do drill work-wise and whether we can extrapolate that out and have him do some 11-on-11 stuff, that question hasn’t been answered yet."

If the Cleveland Browns can't count on a potentially-unhealthy Brian Hoyer as the leading veteran in their quarterback rotation, the Browns may expedite the process of finding another veteran on the free agent market.

Your Browns rumors whenever and wherever you want them. Download our new Chat Sports iPhone app, and follow our Browns team page today.