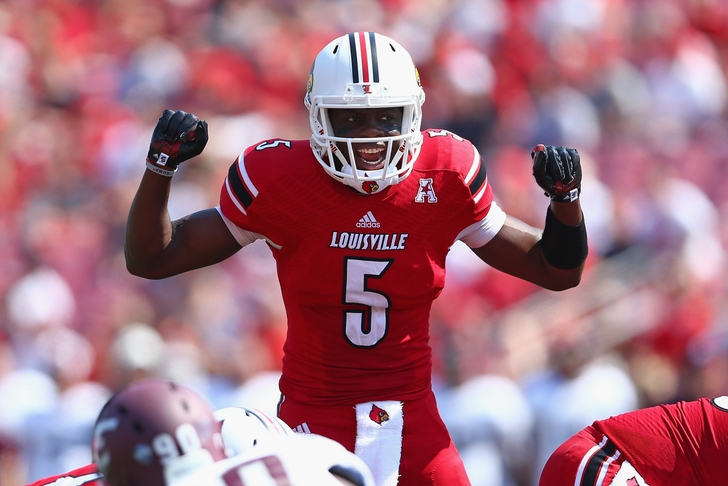 For all the latest Browns rumors, along with coverage of your hometown Cleveland Cavs and Cleveland Indians, be sure to download our new Chat Sports iPhone app.

If the Cleveland Browns decided to address a need other than quarterback with their fourth overall pick, there is a chance they could select former Louisville quarterback Teddy Bridgewater at #26 if his projected draft-day fall becomes a reality.

Per Nate Bouda of NFLTradeRumors.co, "According to Ian Rapoport (of NFL Network), the Browns could have their eye on Louisville QB Teddy Bridgewater at No. 26 overall should they pass on a quarterback at No. 4."

The problem here is whether or not Bridgewater will be available, along with whether or not the Browns would be willing to pass on Johnny Manziel or Blake Bortles if either happened to fall in their lap at #4.

The Cleveland Browns have also been subject to rumblings that they may be willing to trade down in order to secure more picks -- addressing quarterback perhaps with one of the picks they get in return.