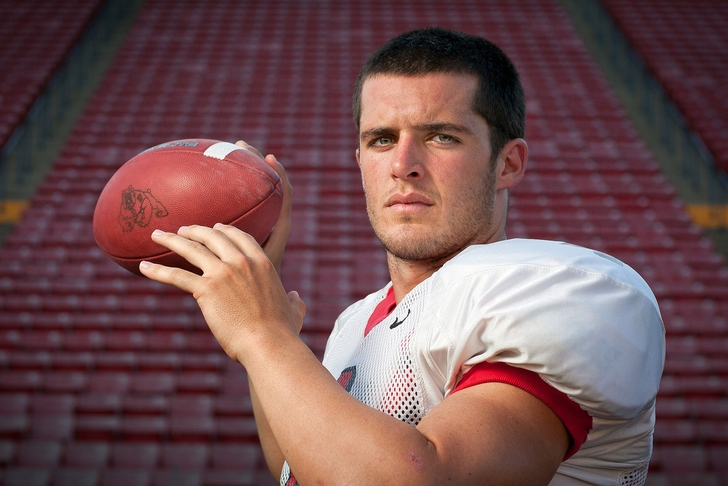 In Browns rumors today, with the Cleveland Cavs beginning preparations for the long offseason ahead, the Cleveland Browns and their search for a franchise quarterback now takes center stage.

Per Mary Cabot of the Cleveland Plain-Dealer, the Cleveland Browns are surveying all sorts of options at the position when it comes to the fourth and twenty-sixth picks in the 2014 NFL Draft. However, former Fresno State starting quarterback Derek Carr may be the one quarterback who stands above the rest for the Browns --

"From everything I can gather, the Browns really like Derek Carr and are strongly considering drafting him. Carr has said teams have inquired about signing his big brother David, the former no.1 pick of the Texans, as a backup to help mentor and push him. I have no idea if the Browns are one of those teams, but I'm sure the thought has at least cross their minds."

Derek's brother David Carr has been rumored to be a package deal with his little brother, and spent 2006 with Browns offensive coordinator Kyle Shanahan in Houston (Shanahan was wide receivers coach for the Texans at that point.)

Whether or not the Browns agree to such a two-for-one deal, Derek Carr's tangible NFL-ready skills could make him the Browns' quarterback of the future on draft day.

Follow Browns rumors (and your hometown Cleveland Cavs) here on Chat Sports. Be sure to download our new Chat Sports iPhone app, and follow our Browns and Cavs team pages today.