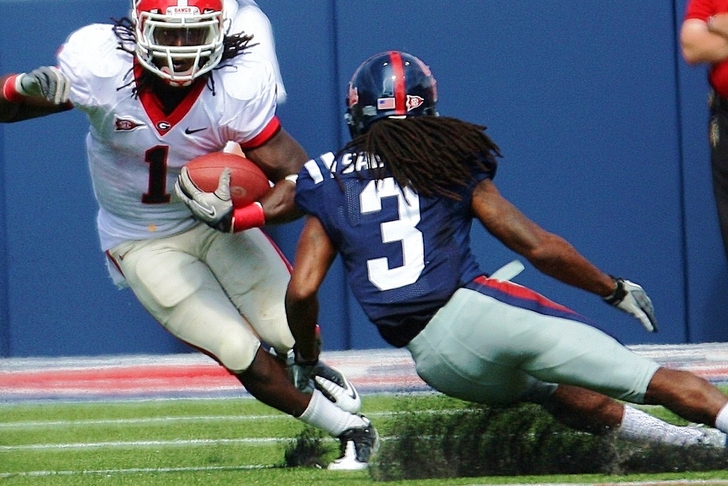 Browns rumors have been absolutely nuts since the beginning of the offseason, and now the Cleveland Browns could potentially draft a controversial prospect at running back in the late rounds of the 2014 NFL Draft.

Speaking with Alabama State University's athletics website, former Georgia Bulldogs running back Isaiah Crowell revealed that the Browns are one of the teams to have interviewed him as a potential draft pick--"I have talked with the Browns and the Raiders and the Ravens I have talked to several times."

Isaiah Crowell started his collegiate career with the Georgia Bulldogs, before being dismissed after being arrested in the summer of 2012. He was charged with several weapons-related felonies and was later dismissed from the Bulldogs, despite the charges later being dropped.

The potential Cleveland Browns target landed with the NCAA Division I Alabama State Hornets after his dismissal. In 2013, Isaiah Crowell rushed for 1,121 yards on just 170 carries for an eye-popping 6.6 yards per carry average.

His 15 touchdowns and undeniable skills have sites such as CBSSports.com stating that Crowell is possibly "from a purely talent standpoint...the best runner in the 2014 draft."

The Cleveland Browns have been rumored to have interest in free agents such as Houston Texans running back Ben Tate, so it will be interesting to see if their work in free agency changes their view on whether Isaiah Crowell is a worthwhile gamble in the later rounds of May's draft.

Get the latest in Browns rumors on your desktop, laptop, or mobile device. Follow our Browns team page today.