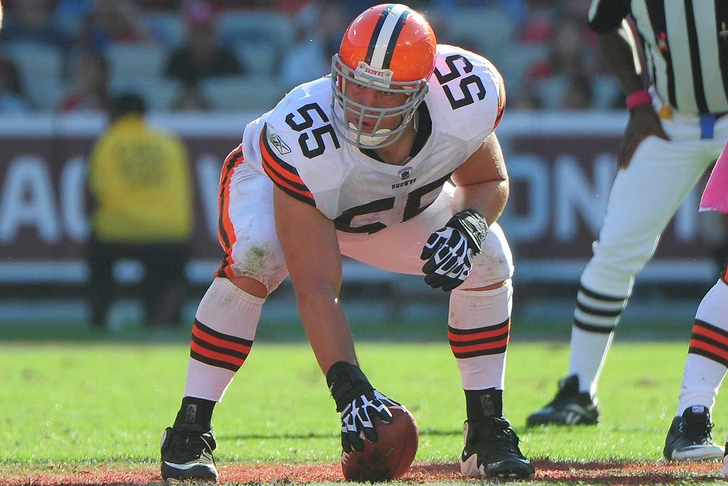 In Browns rumors tonight, one of the Cleveland Browns' more coveted free agents is leaving his options wide open when it comes to the start of the NFL free agency period on March 11th.

Speaking with USA Today Sports, Browns free agent center Alex Mack looked back on his time in Cleveland, while still keeping the door open for a possible return--“My time in Cleveland was interesting to say the least...It was never boring. But there is no guarantee anywhere you go. It’s not a given what happens in Cleveland now or for any other team."

NFL pundits may take a look at the past tense in that statement, and ascertain that Mack is ready to move on from the Cleveland Browns after spending the first five years of his career with the team.

However, Alex Mack isn't ready to shut the door on his relationship with the Browns and owner Jimmy Haslem quite yet.

“I like where my future is going. Mr. Haslam, he’s a really good owner," Mack said. "I got a really good feeling about him. He’s a direct person who knows what he wants to do. There’s something to be said of that. It’s now a clean slate.”

Mack did have a meeting with Browns management over the weekend, and was impressed by "the new offensive coordinator and line coach," saying that the meeting "went really well."

Alex Mack has started all 80 of the Cleveland Browns' games over the past five seasons, representing the Browns in the NFL Pro Bowl in both 2010 and 2013.