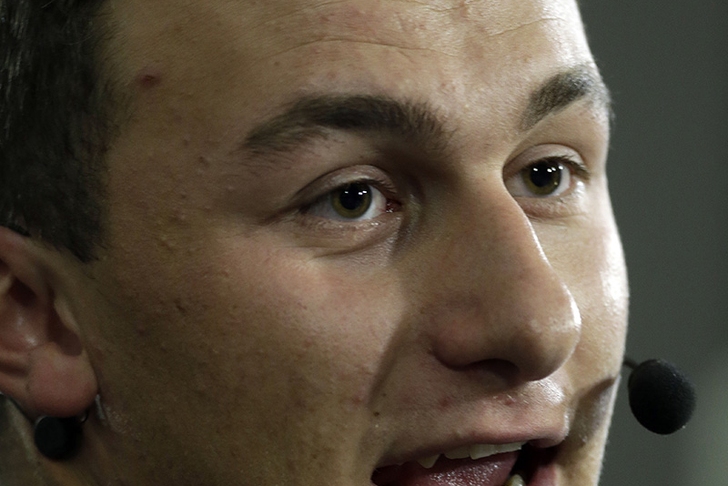 Here's a big one from the world of Browns rumors--the Cleveland Browns declined to formally interview the draft prospect most prognosticators have pegged the Browns to be coveting.

Cleveland.com's Mary Kay Cabot reports that the Cleveland Browns did not include Texas A&M quarterback Johnny Manziel in their formal interview process at the NFL Combine in Indianapolis last week.

Head coach Mike Pettine confirmed at the Cleveland Auto Show on Monday that Manziel was not one of the 60 players which the Cleveland Browns chose to interview--"We didn't speak to him at the combine."

"I didn't personally. He was not part of the formal interviews," Pettine added.

Despite all of this, the Cleveland Browns still have the opportunity to interview Manziel--either in a private interview setting or at Texas A&M's pro day on March 5th.

As shocking as it may be that the Browns didn't choose to interview Manziel--a guy already being penciled in by many pundits as everything from franchise quarterback to franchise savior in Cleveland--it is very possible that the Browns used their 60 interview spots at the NFL Scouting Combine in Indianapolis to speak with candidates that they do not wish to meet with privately.

Get Browns rumors as soon as they hit. Follow our Browns team page today.