Browns Rumors: Brian Hoyer To Sign With The Houston Texans 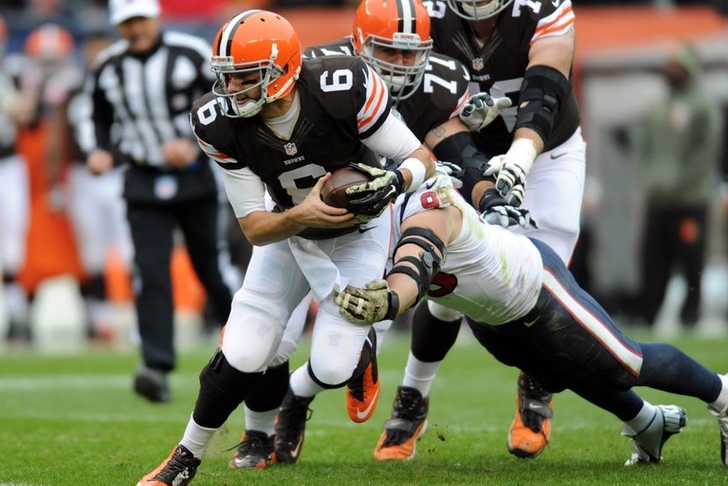 Former Cleveland Browns quarterback Brian Hoyer will sign with the Houston Texans on Tuesday, according to multiple media reports.

Hoyer started 13 games for the Browns last season before being replaced by Johnny Manziel, and it became clear when Cleveland signed Josh McCown that Hoyer would be heading elsewhere.

The New York Jets are expected to make a late run at Hoyer before free agency officially starts Tuesday at 4:00 p.m. ET, but all signs point to him signing with Houston to compete for the starting job with Ryan Mallett, who the Texans re-signed.

Mallett started two games for the Texans last season, but teared a pectoral muscle and missed the rest of the season. He's the favorite to land the job because of his familiarity with head coach Bill O'Brien's system.