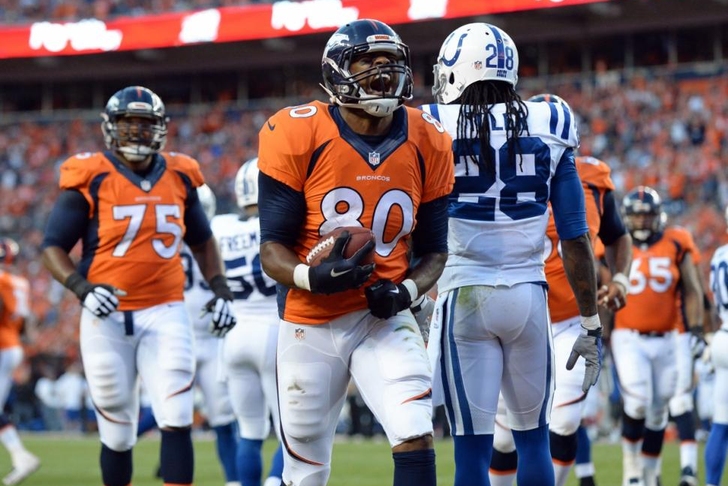 The Cleveland Browns showed improvement during a 7-9 campaign in 2014, but three straight losses to end the season killed any chances of them making the playoffs. They're looking to sign some key free agents to help them get over that hump and make the postseason next year, but a bad signing could send them in the opposite direction. Here are the free agents they need to avoid: Thomas has emerged as a star during the past two seasons with the Denver Broncos, but the team is content to let him hit the open market. Cleveland is looking for a replacement for Jordan Cameron, and Thomas is the best available tight end. He'd provide Johnny Manziel and Josh McCown with a big reliable target, making their job easier.

However, Thomas will undoubtedly command top dollar on the open market, and Cleveland shouldn't invest a good portion of their salary cap in a player who has to be taken off the field because he can't block. The Browns can't afford to overpay anybody, and that's what they'd have to do to land Thomas. Crabtree hasn’t lived up to his status as the elite receiver over the past two season, but he has proven he could be a reliable weapon and a serviceable replacement for Josh Gordon. He doesn't have the off-field issues Gordon does, but his poor attitude and lack of leadership would make him just as toxic to the locker room. There are plenty of other options for the Browns in free agency and in the draft that would fit better with the team.

This is more for the sake of Ray Farmer than anything else. His hold on the GM chair is already shaky at best, and taking a flyer on Hardy after his domestic violence charges were settled in a civil suit to invest even a fraction of Hardy’s $13 million franchise tag value from 2014 would come with intense scrutiny and major risk. If Hardy doesn’t pan out, it would be yet another nail in Farmer’s coffin in the eyes of his critics. Cleveland will be better off finding 80-85% of his talent with 90% less baggage on the free agent market.