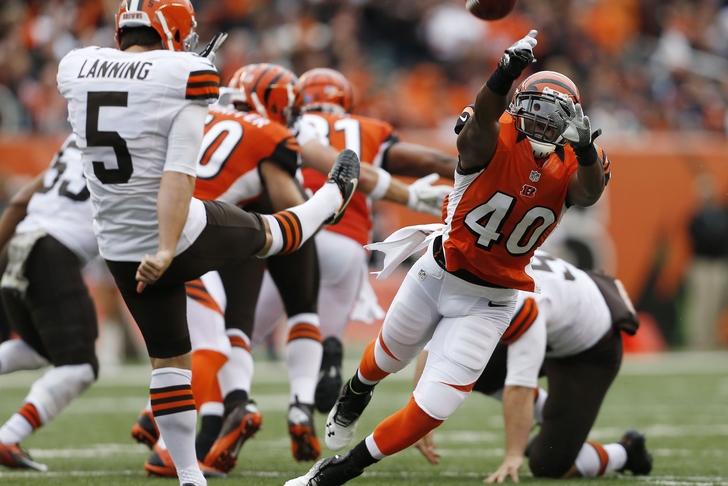 Let's just hope that this is a joke.

After Pittsburgh Steelers WR Antonio Brown jump-kicked Cleveland Browns punter Spencer Lanning in the head at the end of a 46-yard punt return on Sunday, Lanning took to Twitter to offer this take on the play.

Brown received a 15-yard penalty for unnecessary roughness and had this to say after the Steelers' nail-biting 30-27 victory.

"No intent to hurt him," Brown said. "I had my mind made up that he was going over me. I thought he was going low and I tried to leap over him. It was just a bad outcome of a play."

Lanning took that "bad outcome" in stride, despite the fact that he will likely see Brown's cleat in his dreams for the next few days or so.