Browns News: What Would A Brian Hoyer Contract Extension Look Like? 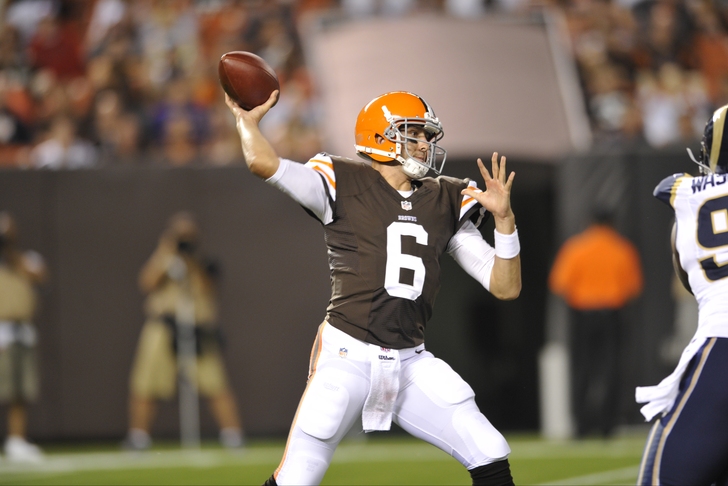 Brian Hoyer's impressive start to the 2014 NFL season has changed the conversation around the quarterback position for the Cleveland Browns.

Rather than fielding questions about when first-round pick Johnny Manziel will take over, ESPN Cleveland Browns writer Pat McManamon was asked whether or not he saw a scenario where Hoyer would be re-signed in the offseason:

I see many scenarios where Hoyer is re-signed. If he continues to play like he has and the Browns win their share of games, I'd submit that it would be absolute lunacy not to re-sign him. Or at least try. Letting a successful quarterback go would continue the constant cycle of starts and re-starts that have plagued the Browns for years. If he plays well, the Browns owe it to him and to the team and the fans to re-sign him.

What would such a contract extension look like? McManamon crunched the numbers:

Hoyer is currently in the final season of a two-year, $1.965 million contract. Any which way you slice it, he is likely to receive a pay raise of some sort next season.