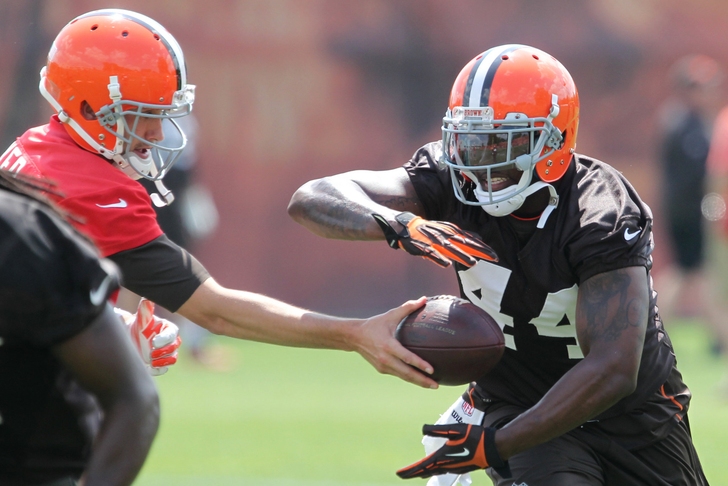 In today's Browns news update, new Cleveland Browns head coach Mike Pettine see the wealth of talent the team has at running back as a positive - preferring to view his current stock of options as a backfield by committee.

According to Michael David Smith of Pro Football Talk, "Pettine told the Cleveland Plain Dealer that he’d prefer to use a committee approach at the position, reasoning that it’s better to keep everyone fresh than to give one guy too heavy a workload."

With Ben Tate, Dion Lewis, and Terrance West currently lacking the star label to their credits, Pettine is happy to mix-and-match them for the betterment of the team.

“I think in the AFC North, you have to be running back by committee. You’d like to have a guy that can carry most of the load, but also be able to alternate guys . . . you’ve got to be able to get fresh legs out there,” Pettine said to the Plain Dealer.

The Browns finished 28th in the NFL with 1,383 yards on the ground and dead last in rushing touchdown with four. Pettine hopes that a rejuvenated stock of halfbacks will be just what the team needs to turn those numbers around.